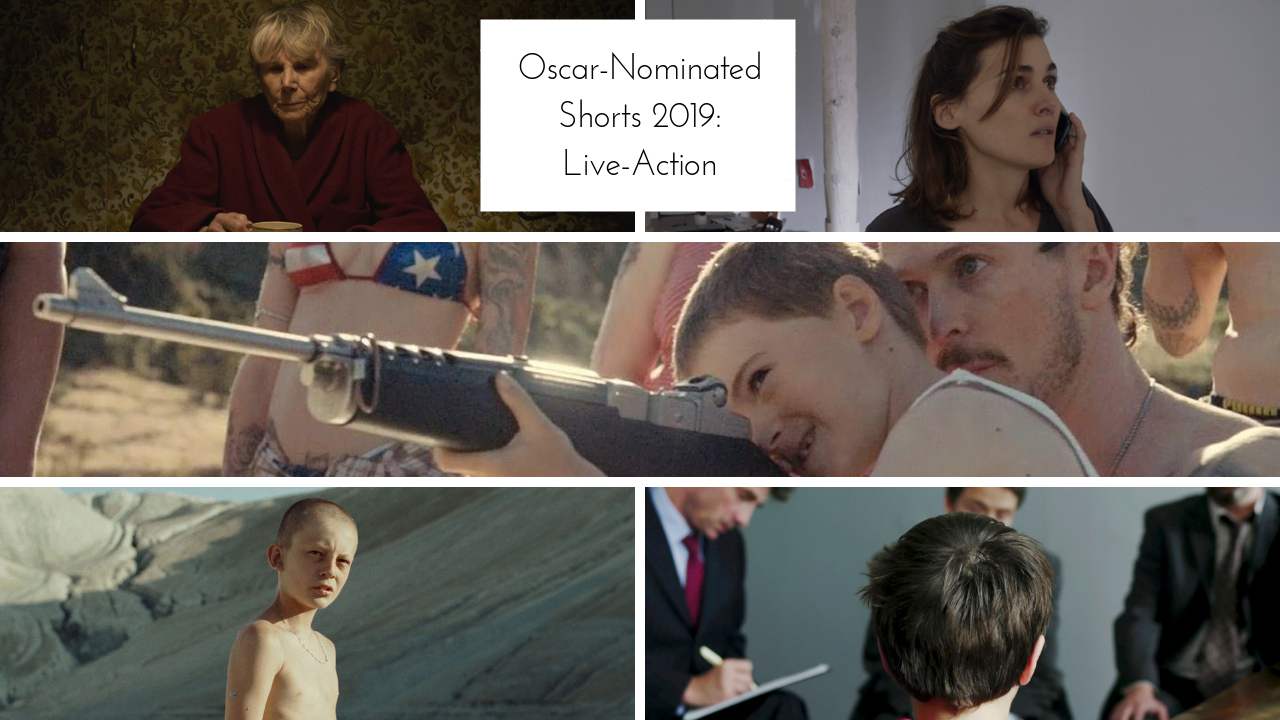 Please note: The short films in this program address issues of child endangerment, racial violence, and other controversial and difficult themes. They are not suitable for children.

Madre (Mother)
A single mother receives a call from her seven-year-old son who is on vacation with his father in the French Basque Country. At first the call is a cause for joy, but soon it becomes a horrible nightmare when the child tells her that he is alone and cannot find his father who left a while ago.

Fauve
Set in a surface mine, two boys sink into a seemingly innocent power game with Mother Nature as the sole observer. Alone in the wild the two boys play around. Complicity evolves into a confrontation where one wants to have power over the other. Taking proportions larger than nature, this game will not prove as harmless as they thought.

Marguerite
An aging woman and her nurse develop a friendship that inspires her to unearth unacknowledged longing and thus help her make peace with her past.

Detainment
Two ten year-old boys are detained by police under suspicion of abducting and murdering a toddler. A true story based on interview transcripts from the James Bulger case which shocked the world in 1993 and continues to incite public outrage across the UK today.

Skin
A small supermarket in a blue collar town, a black man smiles at a 10 year old white boy across the checkout aisle. This innocuous moment sends two gangs into a ruthless war that ends with a shocking backlash.

Filmmaker Biographies:
RODRIGO SOROGOYEN began to fulfill his ambition to work in in the world of Audiovisual with his studies in History. During these years at university in Madrid he filmed three short films, studied in a diverse range of cinema schools and finished his History degree. In 2004 he entered ECAM, specialising in Film Screenwriting and at the same time began work on his first projects as a fiction screenwriter for television. In his final year at ECAM, at the age of 25, he would find his first directing opportunity for film. (Madre)
JEREMY COMTE directed his first short documentary “FEEL THE HILL” at eighteen years old, landing him a world tour with the Banff Mountain Film Festival. Raised in the country side and later graduating from Concordia University in Film Production, his connection with nature and curiosity for the human condition deepened with his travels around the globe. Comte is roused by psychological, raw narratives finding meaningful connections through poetic imagery. His latest short fiction film “FAUVE” has won more than 65 awards in over 125 festivals across the world. (Fauve)
MARIANNE FARLEY is a director/screenwriter, producer, and actress from Montreal, Canada. Although she began her career as a singer, in 1997 her acting work started garnering attention. Fully bilingual, she has performed in a variety of projects in Canada, the U.S., and even Finland. Her work in television includes “HEROES REBORN” (NBC), “THIS LIFE” (CBC), “19-2” (Bravo), “THE DEAD ZONE,” “LE GENTLEMAN,” and “LES INVINCIBLES.” In film, she has played in, among others, “LA PEAU BLANCHE” (Best First Feature film award at the 2004 TIFF, and Claude Jutras award at the 2005 Genie Awards), “CHRISTMAS CHOIR,” “IMAGINAERUM”, and “UVANGA.” (Marguerite)
VINCENT LAMBE is an award-winning director and producer from Ireland. He is a graduate of the National Film School of Ireland and has worked with a wide range of companies and broadcasters. He is a double winner of the Cannes Young Director Award and has won awards at several International film festivals including the Odense International Film Festival, the Woods Hole International Film Festival, the Krakow Film Festival and a Rising Star Award from Irish Screen America. (Detainment)
GUY NATTIV is an acclaimed filmmaker from Israel. His first American feature film, entitled “SKIN“, stars Jamie Bell and Vera Farmiga and premiered at the 2018 Toronto International Film Festival where it won the Fipresci Critic’s Prize. It will make its European premiere in 2019 at The Berlin International Film Festival, and was acquired by A24 for distribution in late 2019. It is based on the true story of Bryon Widner, a notorious white supremacist who goes through extensive surgeries to remove Neo-Nazi tattoos on his face and hands in order to reform. The feature is derived from Nattiv’s acclaimed short film, also entitled “SKIN“, which won best short at Hollyshorts and the San Jose Film Festival. Before coming to the US, Nattiv directed several acclaimed features in Israel. His first film, “STRANGERS“, co-directed with Erez Tadmor, was in competition at the Sundance and Tribeca Film Festivals in 2008. The film was also based on his lauded short that won Sundance the previous year. It was short-listed for the Academy Awards and won over 20 festivals worldwide, including Locarno. His second feature, “THE FLOOD“, also based on a short of the same name, won a special prize at the Berlin Film Festival in 2012 and was nominated for six Israeli Academy Awards where it won Best Actor. His film “MAGIC MEN“, co-directed with Erez Tadmor, premiered at Palm Springs International Film Festival in 2013, and won Best Actor at the Israeli Academy Awards. (Skin)