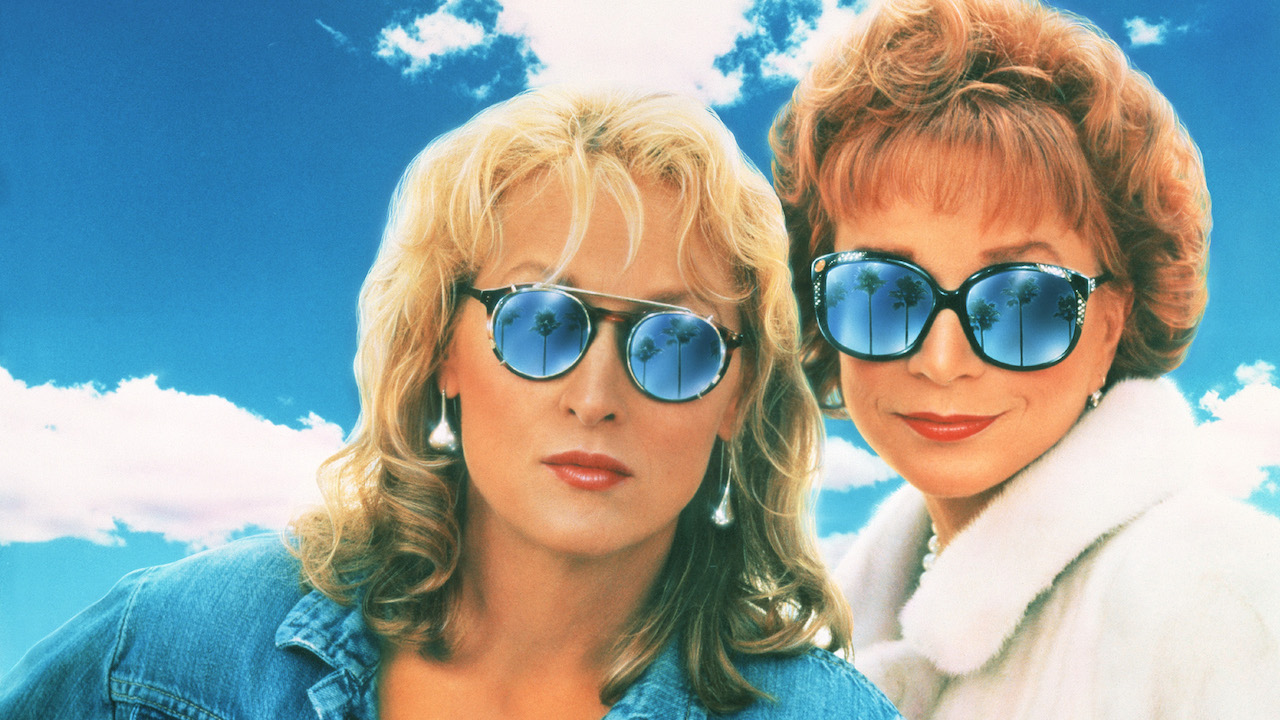 Postcards from the Edge

“In her first novel, ‘Postcards From the Edge,’ Carrie Fisher showed how famous parents, plus lovers, shrinks, drugs and a career in the shadows, nearly finished a fictional actress named Suzanne Vale. That Fisher, the actress daughter of Debbie Reynolds and Eddie Fisher, knows the territory is evident from the novel and this fiercely witty and moving film version, scripted by Fisher and incisively directed by Mike Nichols. Fisher jettisons most of the book’s rehab-center material and focuses on the mother-daughter relationship. It’s a wise move, especially with Meryl Streep on hand to portray the wisecracking but insecure Suzanne and Shirley MacLaine to play her iron-butterfly mother, Doris. Both deliver knockout performances. After a near-fatal overdose, Suzanne is told she can’t be hired for a new film unless she puts herself in the care of a responsible party. So she moves into the Beverly Hills mansion of her mother, an alcoholic star who won’t admit her own problem.

On Suzanne’s return home, Doris throws a party. Coaxed to perform, Suzanne warbles “You Don’t Know Me” — Streep’s singing is surprisingly affecting. Doris beams with maternal pride until her professional jealousy flairs, and she belts out a version of Stephen Sondheim’s “I’m Still Here” that blows away the room and her daughter’s small moment. MacLaine is magnificent, but the beauty of the scene is the brilliantly economical way Nichols uses it to set up the film’s conflicts.

Fisher neatly skewers Hollywood pretension. And Nichols enlists a first-rate cast in cameo roles, including Dennis Quaid as an oversexed producer, Gene Hackman as a compassionate director and Richard Dreyfuss as a smitten doctor. By the end, Suzanne forges a tentative truce with her mother instead of defining herself through a man. Judged on the sexist terms of most recent Hollywood fare, POSTCARDS is revolutionary.” – Peter Travers, Rolling Stone (1990)