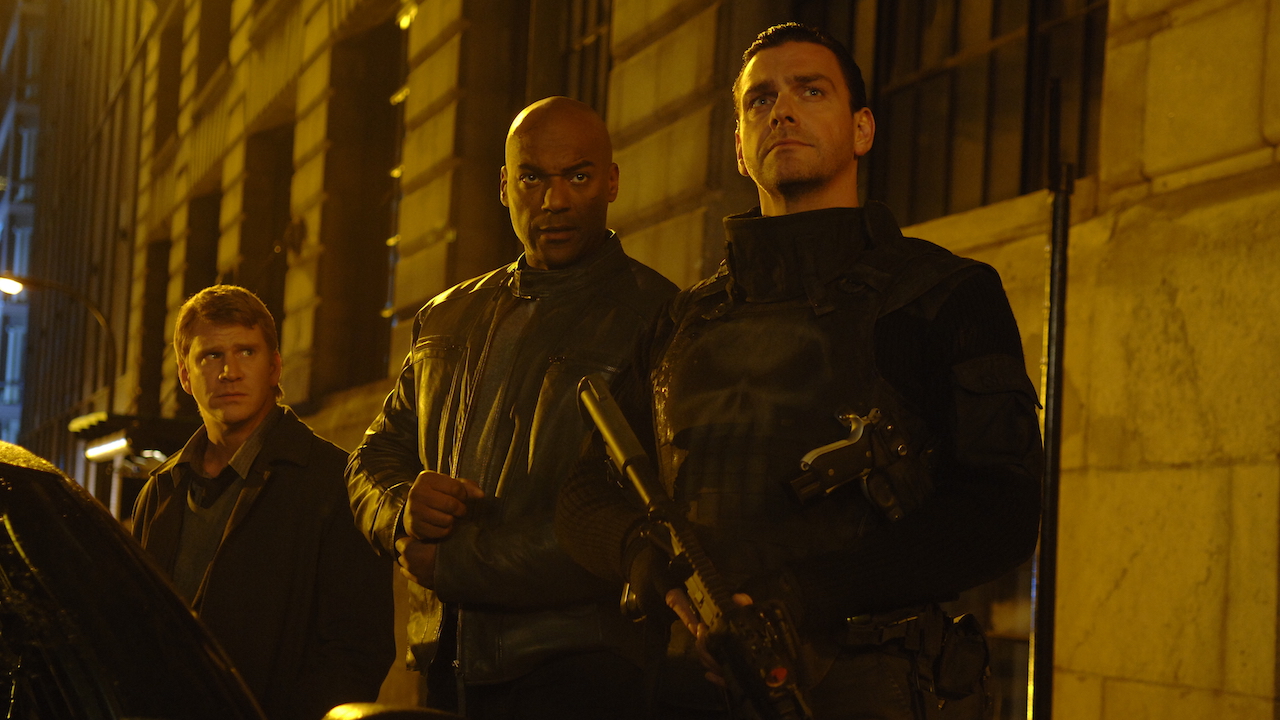 Staff Pick! Chosen by Ezra who says: “PUNISHER: WAR ZONE is the kind of movie you didn’t know you needed until you see it. It’s like a Dick Tracy movie directed by Takashi Miike, but even more awesome than that; truly a gift to us all.”

“Following a direct-to-video ’80s version starring Dolph Lundgren, and an unfortunately campy 2004 reboot with Thomas Jane, Lionsgate has gotten back to basics with PUNISHER: WAR ZONE. Rome‘s Ray Stevenson plays the skull-clad Frank Castle like a cross between Steven Seagal and Jason Voorhees. Early on, he fixes his own broken nose by jamming a pencil up his nostril; nobody else in the movie gets off quite so easily, as blood, brains, intestines, and chunks of flayed skin fly. (It’s not technically a horror movie, but nobody told the effects guys that.) The plot, such as it is, involves Castle second-guessing his life as a vigilante after accidentally killing an undercover fed, while fighting off a mobster (Dominic West) who has fallen into a giant glass-crusher and been recycled as a lethal Leatherface lookalike called Jigsaw.” – Village Voice (2008)