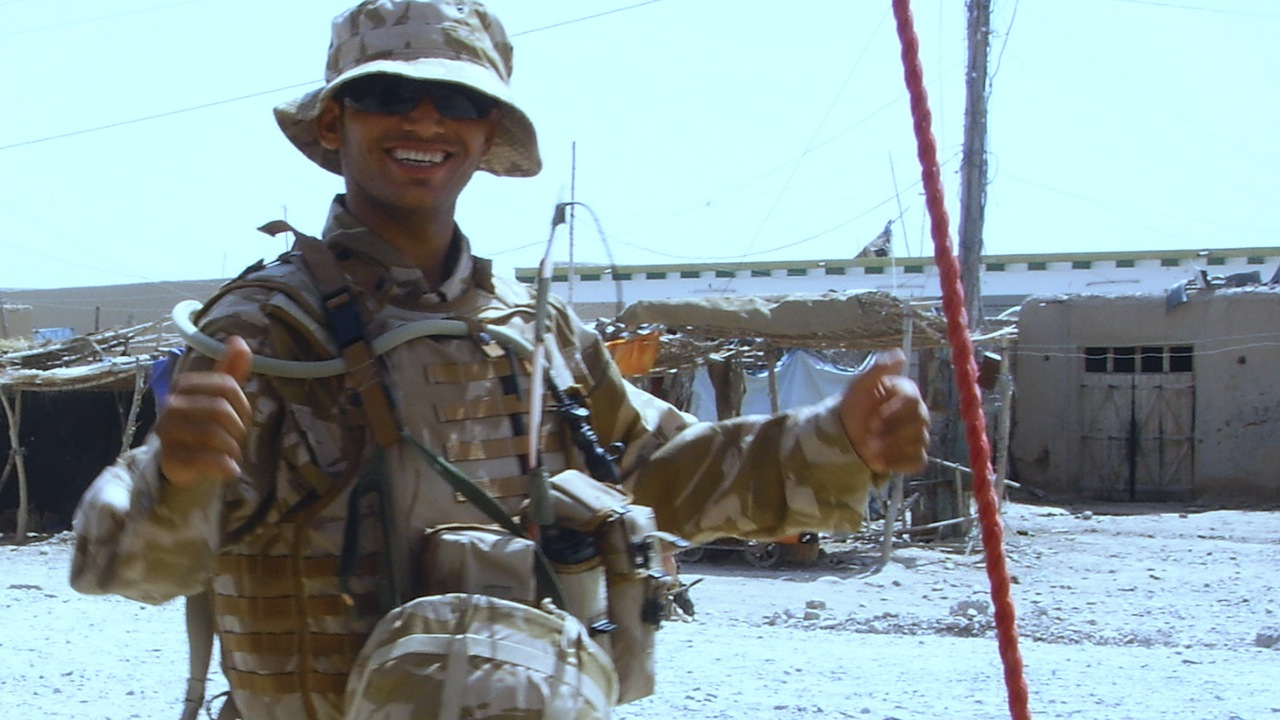 SABER ROCK shines light on the deeply inspiring story of a flamboyant, fiercely loyal interpreter who helps turn the tide of Helmand Province, Afghanistan, against the Taliban and towards the support of coalition forces.

In 2008, the Marines establish a foothold in southern Afghanistan and a five-man civil affairs team is tasked with covering Helmand Province. The Taliban have an enormous presence in the area and the Marines are met daily with firefights, nighttime ambushes and the constant threat of IEDs. Led by then-Major Mark DeVito, these Marines work to drive a wedge between the Taliban and the people. The Marines carry cameras to document their activities, and the content captured provides a rare and unfiltered glimpse into an area deemed by journalists as too dangerous to embed in.

The film explores Rock’s introduction to the Marine’s civil affairs team and his complicated relationships between the US military who need his help, the Taliban forces who want him dead, and the people of Afghanistan whose safety he is determined to ensure. Alongside the five-Marine civil affairs team, the group becomes so effective that the Taliban begins directly targeting Rock, going as far as kidnapping family members, putting a $300,000 bounty on his head, and even making attempts on his life. Rock is determined throughout; refusing to buckle under the constant threats while demonstrating true courage and an unwavering dedication to doing what is right, no matter the cost.

Beyond documenting Rock’s heroism, SABER ROCK uses never before seen war footage to show the compassion Marines demonstrated toward the Afghan people, most especially the children. The everlasting bond formed between Rock and the coalition forces is heartwarming and inspiring, and acts as a testament to the goodwill mission our forces are undertaking in Afghanistan.