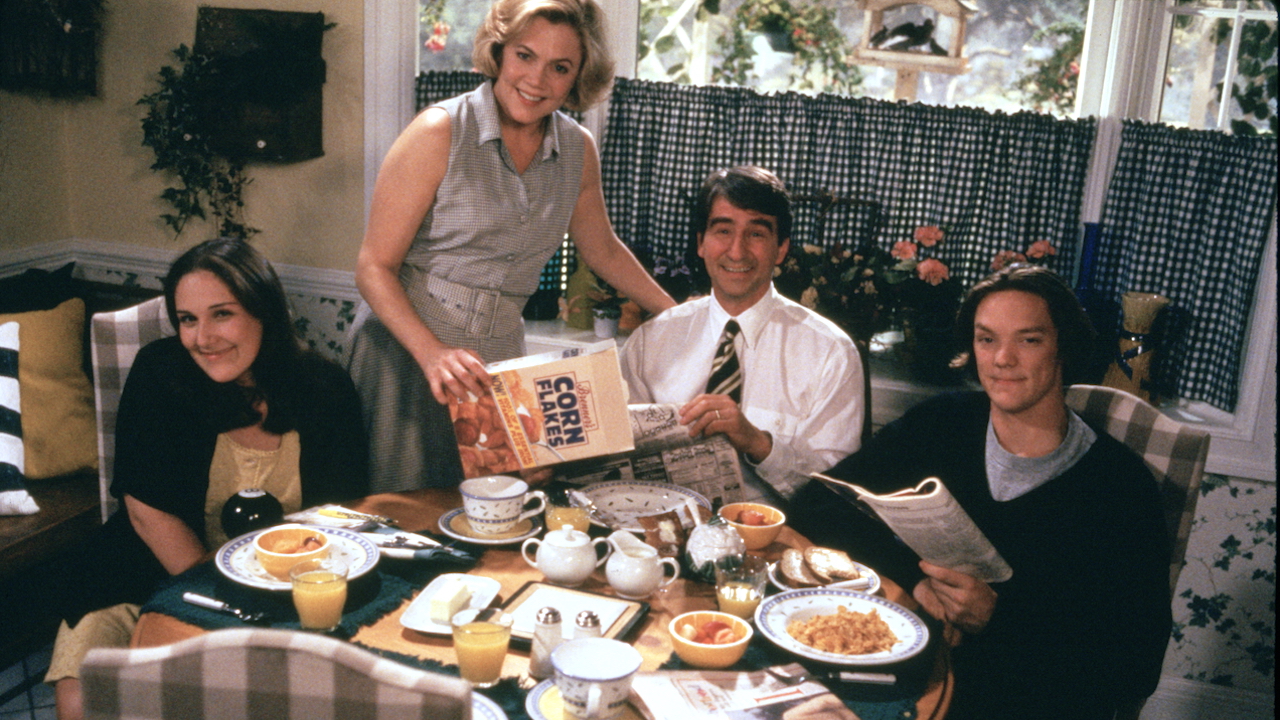 “A loose remake of Female Trouble with Polyester‘s subversively accessible polish, SERIAL MOM is the strongest film of the post-midnight-movie chapter of John Waters’s career. Successfully uniting his classic themes of celebrity, crime, exploitation filmmaking, the horrors of suburban interior design, and the idiocy of American politesse, SERIAL MOM stars Kathleen Turner as Beverly Sutphin, a cheerful but mutedly uppity housewife who serves up waffles and maternal advice while swatting flies with glee and none too silently clicking her tongue when she spies her neighbors forgetting to recycle.

“While Beverly’s doting, June Cleaver-worthy fastidiousness is taken as a minor anomaly in 1990s America, most who encounter her take her retrograde attitudes as a welcome return to traditional American values. The problem comes when those same people don’t live up to her standards. Wickedly skewering America’s “do as I say, not as I do” approach to morality, the film eventually reveals Beverly as an unforgiving absolutist: She finds no other alternative for the woman who wears white shoes after Labor Day than to bludgeon the fashion faux pas out of her, and reacts to having her parking spot outside a fabric store stolen right out from under her by calling the other driver and barking a stream of obscenities until the woman can’t even answer her phone anymore without preemptively shouting “Fuck you!”

“One of the underlying constants in Waters’ films is the notion that there’s nothing more disgusting and depressing than for the renegade, rogue element of society’s underbelly to achieve some level of acceptance, and SERIAL MOM’s third act, in which a grossly guilty Beverly is put on trial for the murder of umpteen people (some of whom she killed in broad-ass daylight in full view of police officers) and rallies herself to a glowing acquittal based on her lily-white attractiveness as a media icon in the making. This accounts for the somewhat out-of-character decision for Waters to fill his central role with an established star and seasoned, trained thespian in her own right.” – Slant (2008)