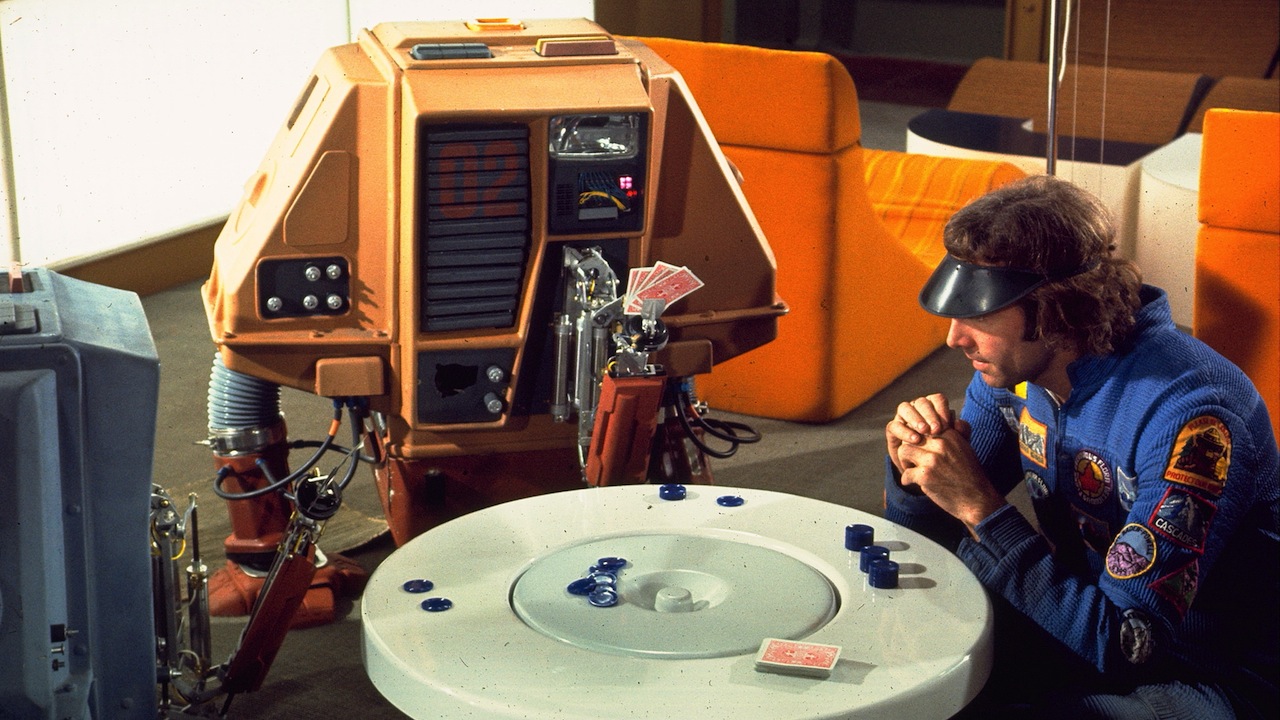 “In the not very distant future, man has at last finished with Earth. The mountains are leveled and the valleys filled in, and there are no growing plants left to mess things up. Everything is nice and sterile, and man’s global housekeeping has achieved total defoliation. Out around the rings of Saturn, a few lonely spaceships keep their vigil. They’re interplanetary greenhouses, pointed always toward the sun. Inside their acres and acres of forests, protected by geodesic domes that gather the sunlight, the surviving plants and small animals of Earth grow. There are squirrels and rabbits and moonlit nights when the wind does actually seem to breathe in the trees: a ghostly reminder of the dead forests of Earth.

One day the word comes from Earth: Destroy the greenhouses and return. Lowell cannot bring himself to do this, and so he destroys his fellow crew members instead. Then he hijacks his spaceship and directs it out into the deep galactic night. All of this is told with simplicity and a quiet ecological concern, and it makes SILENT RUNNING a movie out of the ordinary — especially if you like science fiction.

The director is Douglas Trumbull, a Canadian who designed many of the special effects for Stanley Kubrick’s 2001: A Space Odyssey. Trumbull also did the computers and the underground laboratory for The Andromeda Strain, and is one of the best science-fiction special-effects men. SILENT RUNNING, which has deep space effects every bit the equal of those in 2001, also introduces him as an intelligent, if not sensational, director.

The weight of the movie falls on the shoulders of Bruce Dern, who plays the only man in sight during most of the picture. His only companions are Huey, Louie, and Dewey, who are small and uncannily human robots who help with the gardening. They’re OK with a trowel but no good at playing poker, as their human boss discovers during a period of boredom.” — Roger Ebert
Screening as part of the series Waverly Midnights: After the Fall.