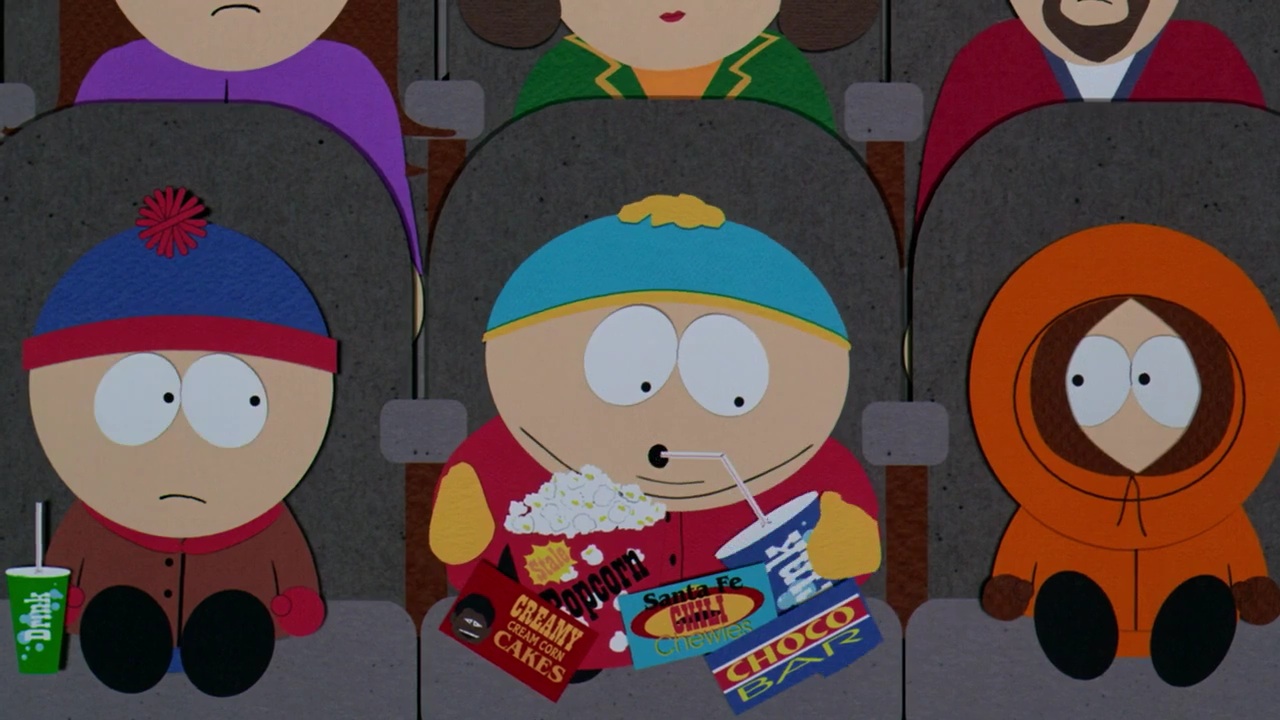 “Four little boys looking for excitement in the form of new expletives sneak into a movie theater to see a controversial Canadian musical glorifying scatology and profanity. Their enjoyment winds up setting off World War III, allowing this inspired, self-referential animated musical (1999), set in Colorado and hell, to suggest that the U.S. might evolve as a nation if even a fraction of the energy we spend trying to suppress irreverence went to examining bigotry and hypocrisy. Even more striking than the mockery of whipping boys right alongside sacred cows is the celebration of farting and saying fuck, which makes it seem overwhelmingly obvious that people who worry about the effects of such stuff on children are idiots. Written by Matt Stone and director Trey Parker (creators of the South Park TV series) and Pam Brady; with the voices of Parker, Stone, Mary Kay Bergman, and Isaac Hayes.” –Chicago Reader