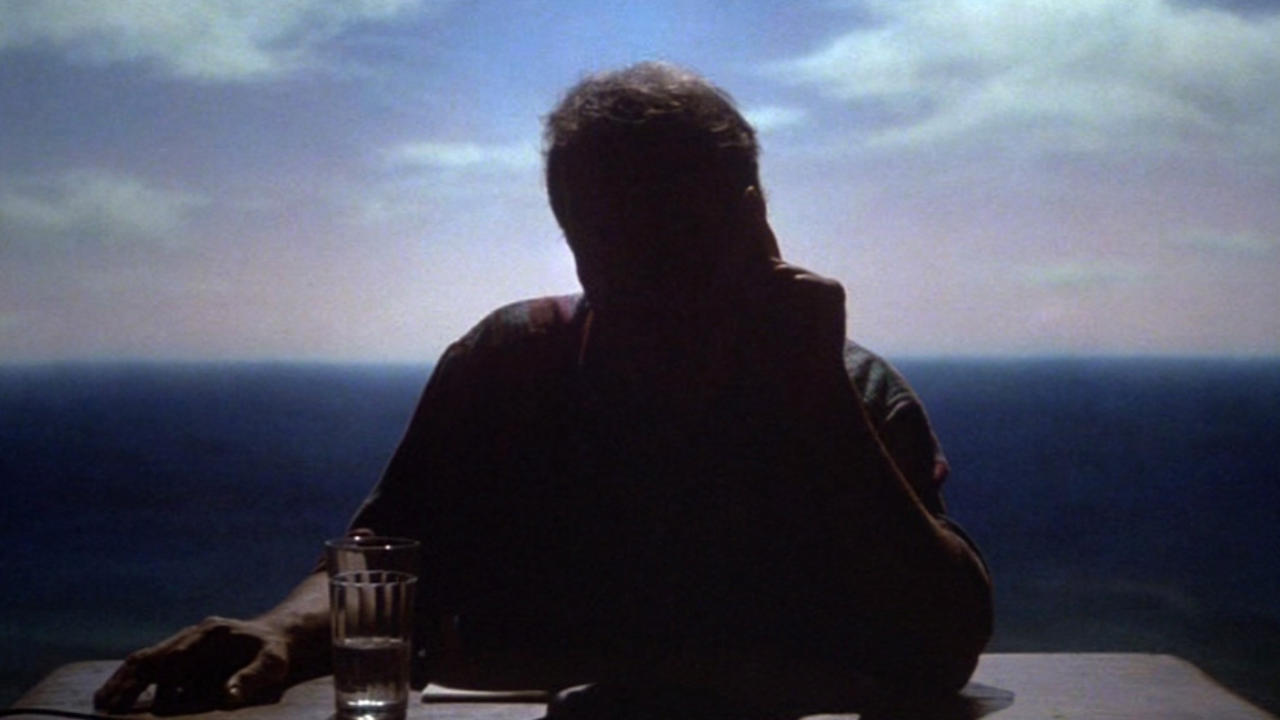 STF’s Fall Season is dedicated to a retrospective of Jonathan Demme’s documentaries.  This evening he presents his 1987 film that brought New York monologist Spalding Gray to a wider audience. Demme talked about the film on Pure Nonfiction episode 6.

Here’s a selection from Janet Maslin’s 1987 review in the New York Times:

“It would be wrong to think of SWIMMING TO CAMBODIA as a one-man show, even though it captures the performance of a single artist, Spalding Gray, as he sits alone on an almost empty stage. For one thing, Mr. Gray’s feature-length monologue brings people, places and things so vibrantly to life that they’re very nearly visible on the screen. For another, this is a two-man undertaking, one that shows off both Mr. Gray’s storytelling talents and Jonathan Demme’s ability to frame them. This film’s arrival in the wake of Mr. Demme’s pioneering concert film STOP MAKING SENSE and his jubilant, anarchic comedy SOMETHING WILD completes quite an amazing triple play.

“SWIMMING TO CAMBODIA … is nothing it might be expected to be. Though Mr. Gray talks for an hour and a half and is the central figure in most of his stories, his egocentricity seems minimal. And he is never a bore. Nor is he inclined to speak with an ironic detachment, no matter how absurd or strange or painful the circumstances he describes. Mr. Gray, who has described himself at various times as a ‘poetic reporter’ and a ‘wandering poet-bachelor-mendicant,’ seems a true adventurer. A tireless enthusiast, he sounds as eager to find meaning in his experiences as he is to reinvent them, and he is a delightful storyteller in the bargain.

SWIMMING TO CAMBODIA revolves loosely around the fact that Mr. Gray played a small role in THE KILLING FIELDS. It describes the conversation in which Mr. Gray listened to the director Roland Joffe talk about Cambodia’s recent history. Mr. Gray then confessed: ”I want to be very straight with you. I’m not very political; I don’t know anything about the secret bombing; I’ve never voted in my life,’ and Mr. Joffe replied, ‘Perfect! We’re looking for the American Ambassador’s aide.’ Building outward from this central fact, Mr. Gray weaves in descriptions of the Thai settings where filming took place and the extracurricular activities in which he and various colleagues engaged.

What elevates this above the realm of small talk is Mr. Gray’s roundabout – and peculiarly suspenseful – way of dramatizing the episode’s moral and political repercussions. His own understanding of the horrific events in Cambodia was greatly intensified during his stay in Thailand, but Mr. Gray describes the raising of his consciousness in a deceptively off-handed way. He may contrast the Gulf of Thailand with the Hamptons. Or his graphic and grotesquely funny description of a Thai brothel may be followed by talk of genocide under Pol Pot’s rule. ”’Who needs metaphors for hell or poetry about hell?’ he asks. ‘This really happened, here on this earth.’

…Laurie Anderson’s rhythmic, intermittent score, John Bailey’s crisp cinematography and Carol Littleton’s unobtrusive editing greatly enhance the finished product. Mr. Gray emerges as the best raconteur, and least likely film star, this side of Andre Gregory and Wallace Shawn. And Mr. Demme once again positions himself on the cutting edge. He remains the American commercial cinema’s most reliable and direct link to the avant-garde.”