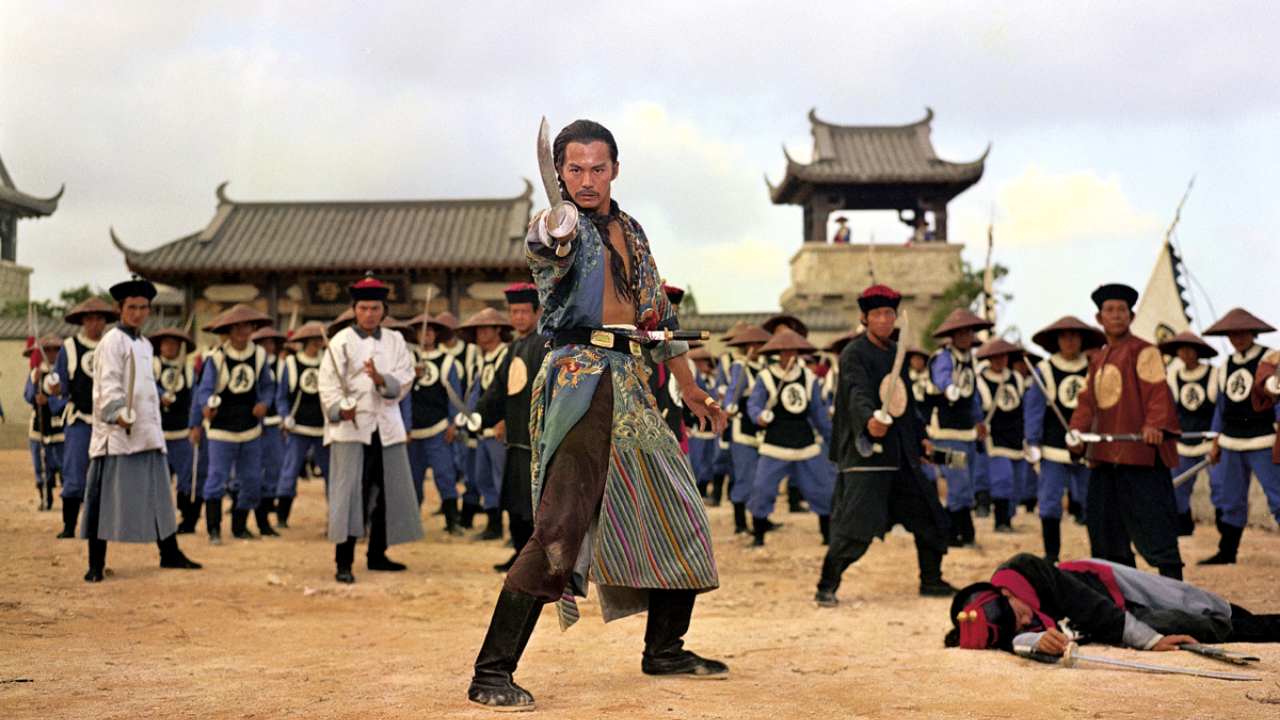 **Please note the screenings on Fri Nov 16 and Sat Nov 17 begin at 12:05am, not 11:59pm!**
“Chang Cheh’s film is a serious drama before it is an action film, but while that would generally be an ‘aw shucks’ type of statement for a martial arts film, in this case Cheh crafts one of his best, most affecting works.  THE BLOOD BROTHERS strikes a perfect balance between his large-scale epics like THE WATER MARGIN and his smaller character dramas like THE DELINQUENT.”  (Silver Emulsion Film Reviews)
“One of Cheh’s best.  Ti Lung, in one if his few villain roles, really does a fantastic job as a man who wants to climb higher and higher, and isn’t afraid to step on his friends to do so. He never sees himself as a villain, but as a man who believes that he is deserving of anything he tries to attain.” (Kiai-Kick!)