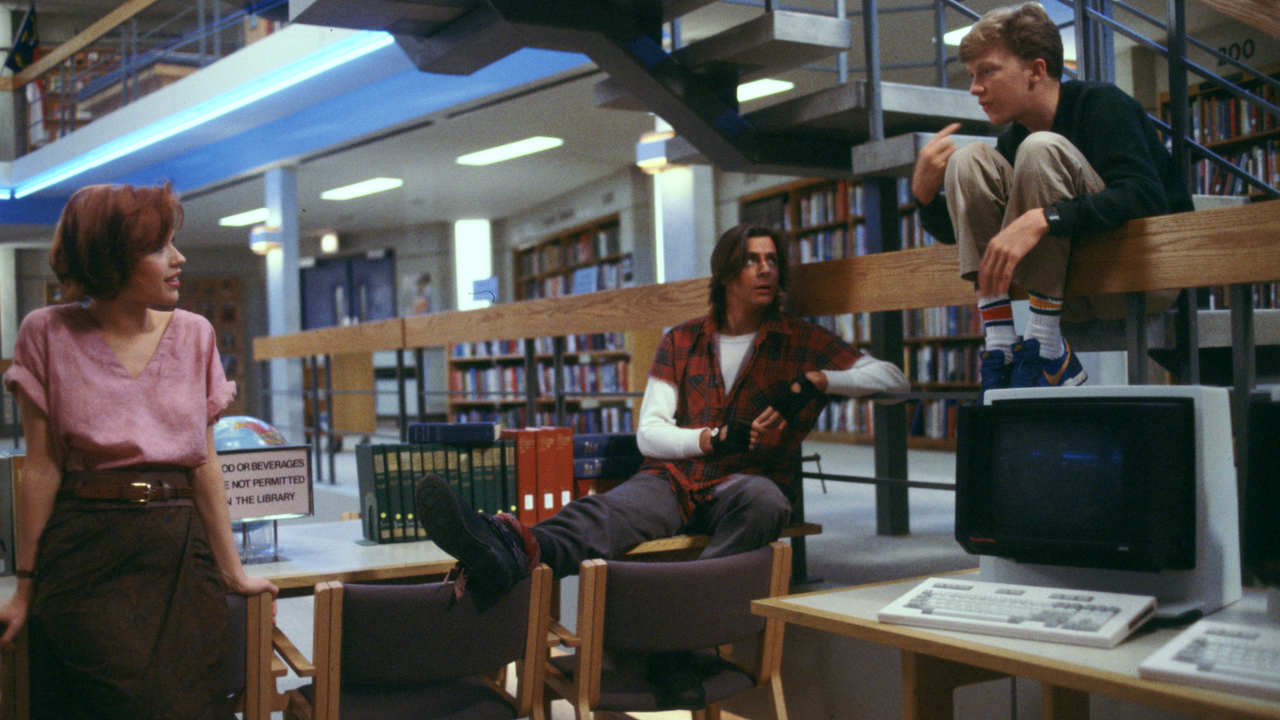 “If you had an asymmetrical haircut and a collection of new-wave vinyl in 1985, you probably remember the release of THE BREAKFAST CLUB as a powerful moment in your young life. The definitive movie from writer-director John Hughes became a cultural touchstone for several generations and a landmark for movies overall. THE BREAKFAST CLUB shattered nearly every teen-film convention, just as its opening quote — a lyric from David Bowie’s adolescent anthem, ‘Changes’ — exploded into smithereens across the screen.

“The story is deceptively modest: On a dreary Saturday, five teens from different cliques gather for detention at Shermer High in Illinois. They barely leave the school library and do almost nothing but talk, but by the film’s end, these five stereotypes — ‘a brain, an athlete, a basket case, a princess and a criminal,’ according to the famous voice-over — will break through each other’s social and emotional walls.

“THE BREAKFAST CLUB established the so-called Brat Pack of young actors in their most iconic roles. Molly Ringwald is Claire, a brutally honest socialite. A moving Emilio Estevez plays the popular jock Andrew — in any other film, a villain. Ally Sheedy intensifies a somewhat weak role as Allison, a kohl-smeared misfit. Judd Nelson, as Bender, wears an unconvincing ‘rebel’ outfit — a subcultural casserole of denim, leather and tweed — but he comes on like a Brando for the Reagan era. Anthony Michael Hall, as math-geek Brian, provides the voice of wisdom.

“Rarely have on-screen teens felt this authentic. They bluster, bicker and trade horrible insults (whence the film’s R rating), then suddenly expose their most guarded feelings. They’re illogical and erratic — which is to say, utterly real. Credit goes to Hughes’ heart-on-sleeve dialogue but also to the performers, who deliver even underwhelming lines (‘My home life is unsatisfying.’) with raw emotional force. Indispensable, too, are the adult roles: Paul Gleason as Mr. Vernon, a bullying teacher, and John Kapelos as Carl, a class-conscious janitor.” – Newsday