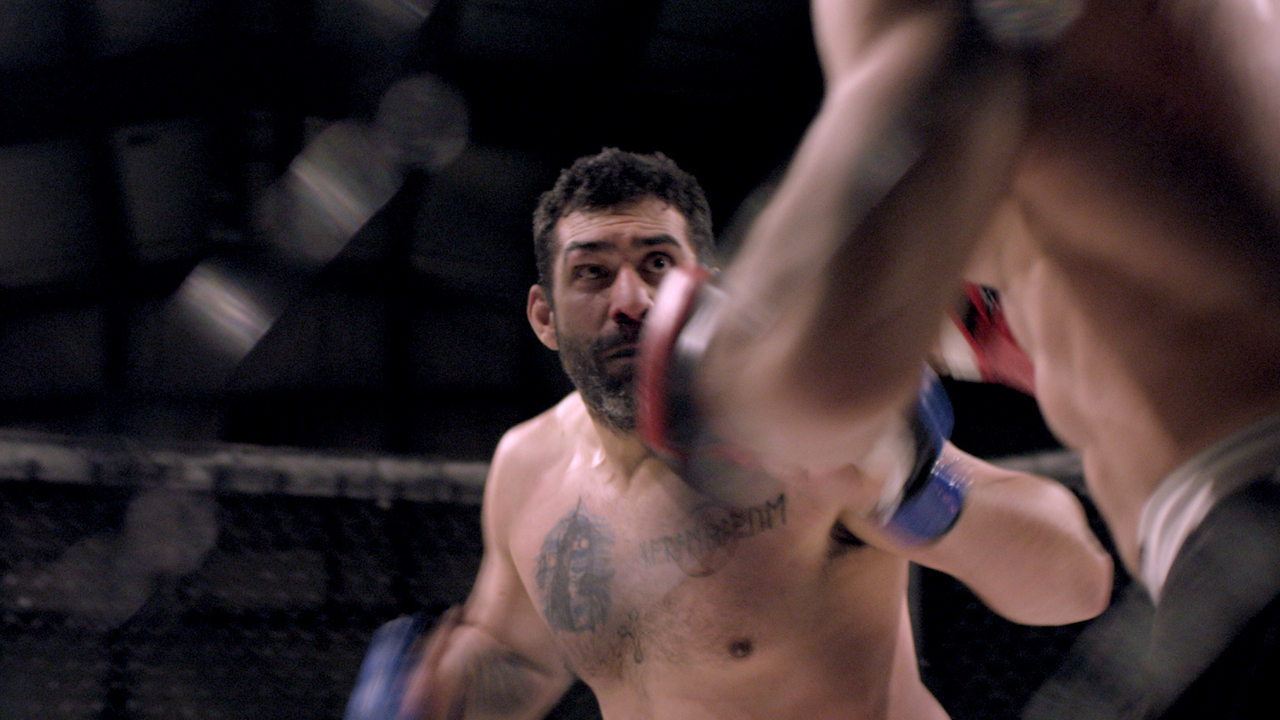 When life hits him hard, Joe Carman punches back. Newly 40, Joe juggles long hours working in a boiler room, an ongoing custody battle, his wife’s chronic illness, and the demands of raising four girls. The one place he finds release is in the ring, competing in the bruising sport of mixed martial arts. Despite his promise to his family to stop, Joe continues to train secretly, determined to prove that he can keep up with the new crop of younger competitors. But as he contends with increasingly worrying health scares, the question arises: how much is Joe willing to risk — his family, his marriage, maybe even his life — to keep fighting?