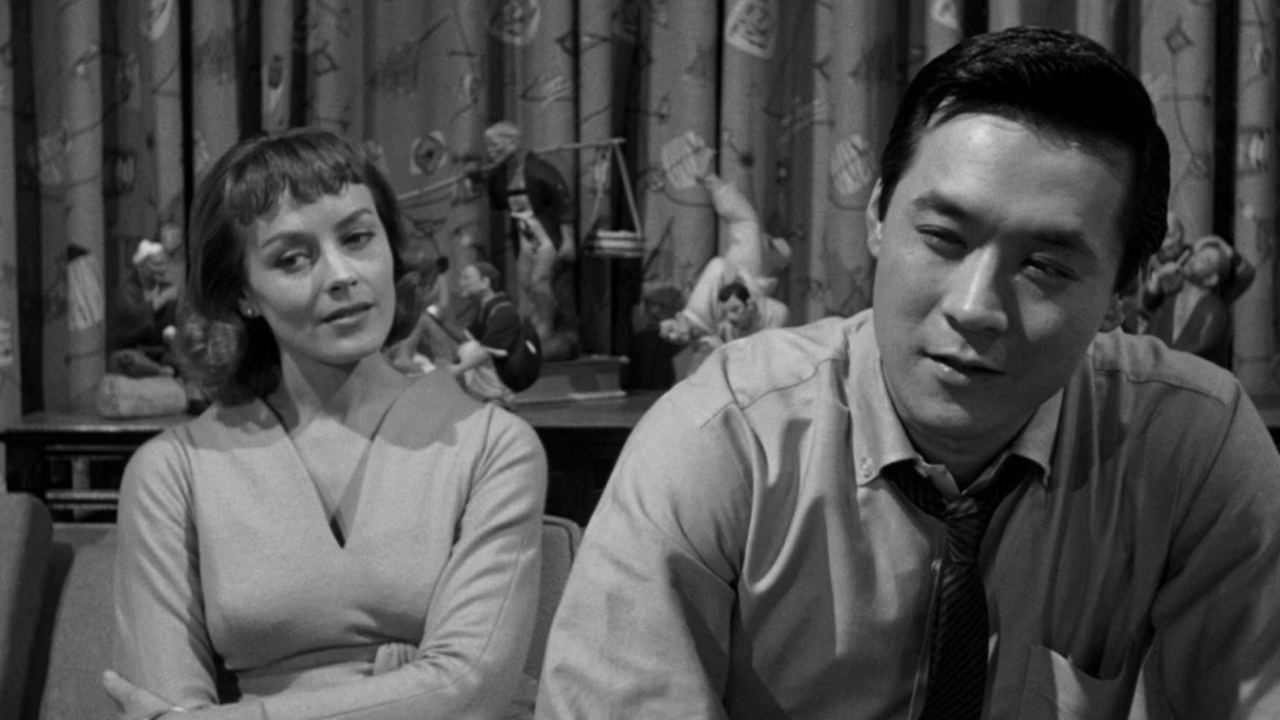 From acclaimed director Samuel Fuller (The Big Red One) comes a compelling murder mystery set in the Little Tokyo section of Los Angeles. An exotic dancer is shot in cold blood, and detectives Charlie Bancroft (Glenn Corbett, Shenandoah) and Joe Kojaku (James Shigeta, Die Hard) are put on the case. When the two detectives meet Christine Downs (Victoria Shaw, Westworld), a key witness, both cops fall in love with her, making a hard-to-solve murder even more complicated. Newly remastered.