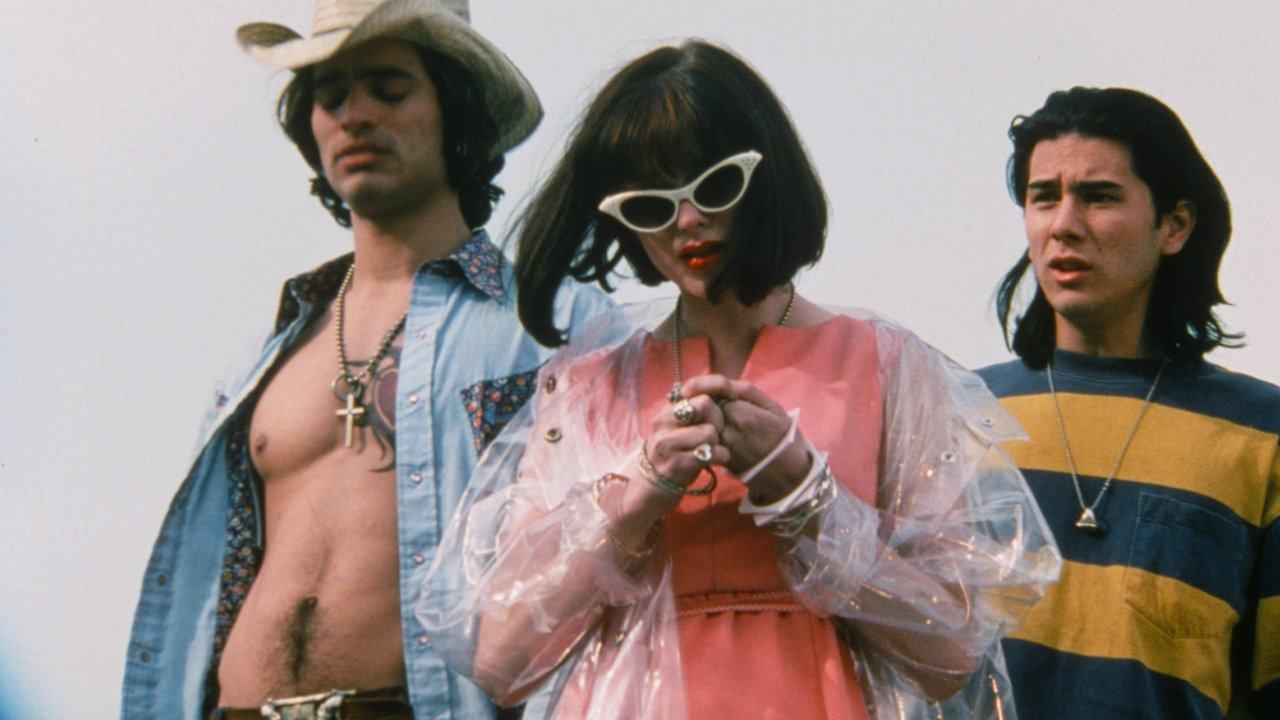 Araki’s provocative, Godard-inspired fifth feature premiered at Sundance in 1995, but hasn’t been seen again in its complete form until now. After a wild night, Jordan White (James Duval) and Amy Blue (Rose McGowan, in her first starring role) pick up dangerously handsome drifter Xavier Red (Jonathan Schaech). When Xavier inadvertently kills a convenience store clerk, the trio embarks on a sex-and-violence-filled odyssey through an America of psychos and quickie marts. Restoring scenes cut for the film’s original release, Araki has lovingly remastered DOOM to its full, unhinged glory.