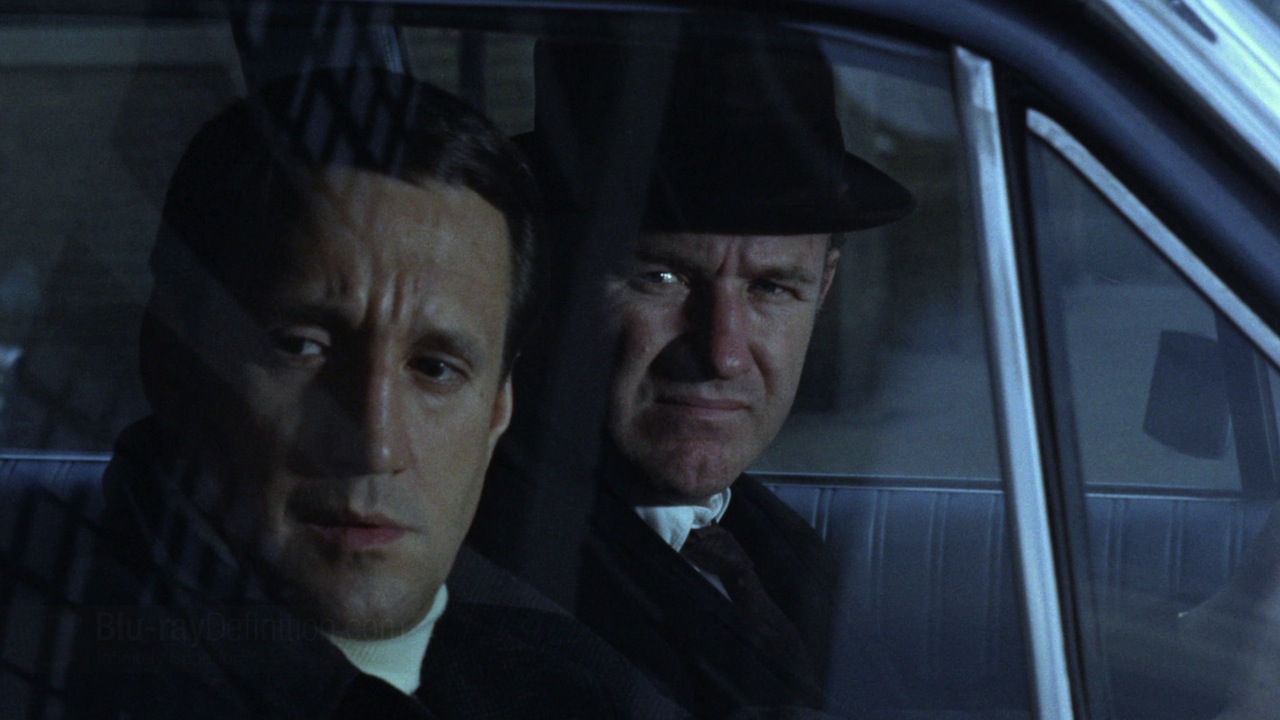 “The French Connection is routinely included…on the short list of movies with the greatest chase scenes of all time. What is not always remembered is what a good movie it is apart from the chase scene. It featured a great early Gene Hackman performance that won an Academy Award, and it also won Oscars for best picture, direction, screenplay and editing.

The story…involves a $32 million shipment of high-grade heroin smuggled from Marseilles to New York hidden in a Lincoln Continental. A complicated deal is set up between the French people, an American money man and the Mafia. Doyle, a tough cop with a shaky reputation who busts a lot of street junkies, needs a big win to keep his career together. He stumbles on the heroin deal and pursues it with a single-minded ferocity that is frankly amoral. He isn’t after the smugglers because they’re breaking the law; he’s after them because his job consumes him.

In a sense, the whole movie is a chase. It opens with a shot of a French detective keeping the Continental under surveillance, and from then on the smugglers and the law officers are endlessly circling and sniffing each other. It’s just that the chase speeds up sometimes, as in the celebrated car-train sequence.” –Roger Ebert