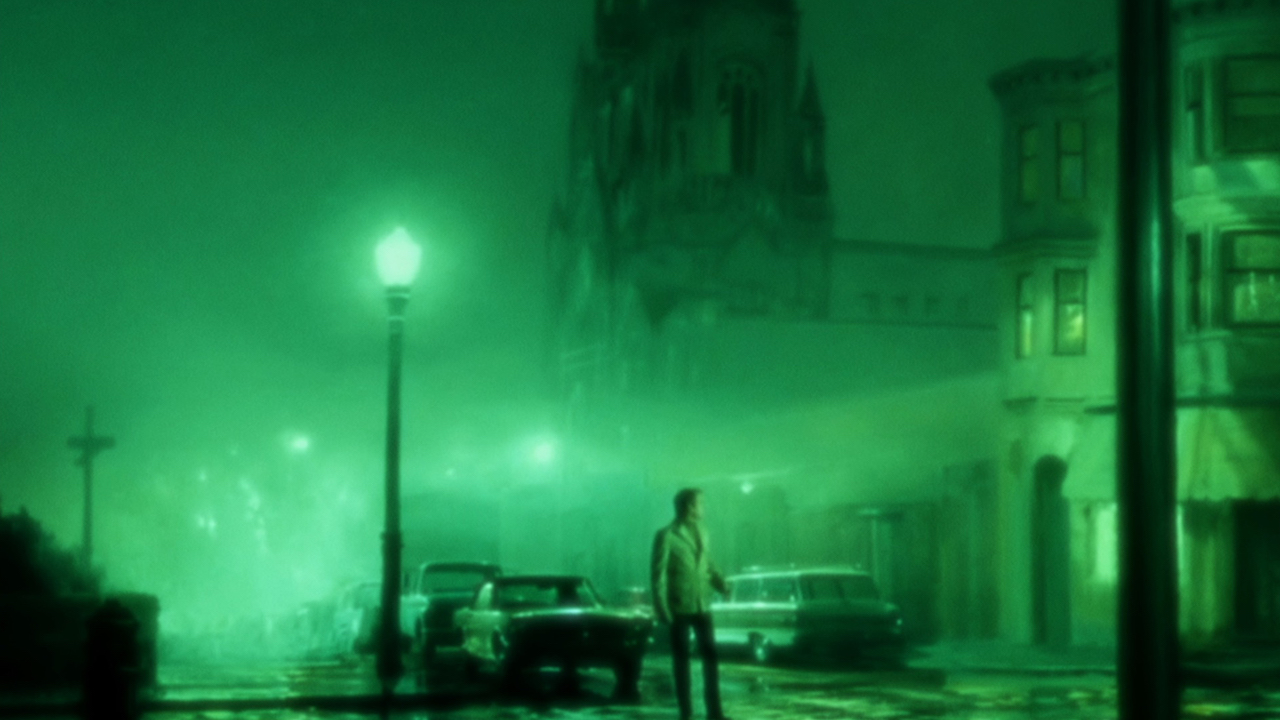 Guy Maddin and cadre of collaborators Galen and Evan Johnson made this ode to VERTIGO and the city of San Francisco for the closing night world premiere gala of the 2017 San Francisco International Film Festival. The iconoclastic Winnipeg-based filmmakers, working together since 2015’s THE FORBIDDEN ROOM, set themselves the challenge and constraint to remake VERTIGO, creating what they call a “parallel-universe version.”

Composed by Jacob Garchik and performed by Kronos Quartet, the film’s score nods to Bernard Hermann’s classic VERTIGO music as it collides and converses with Maddin and Johnsons’ irreverent and loving footage to create a distinctive musical extravaganza.

The premiere theatrical engagement of THE GREEN FOG at IFC Center is co-presented by SFFILM. THE GREEN FOG was co-commissioned by SFFILM and Stanford Live and created in collaboration with Kronos Quartet and Composer Jacob Garchik.

THE GREEN FOG screens with the short LINES OF THE HAND (2015, dir. by Guy Maddin, Evan Johnson and Galen Johnson), an adaptation of an unrealized script by Jean Vigo, starring his late daughter, the critic, programmer, and actress Luce Vigo.