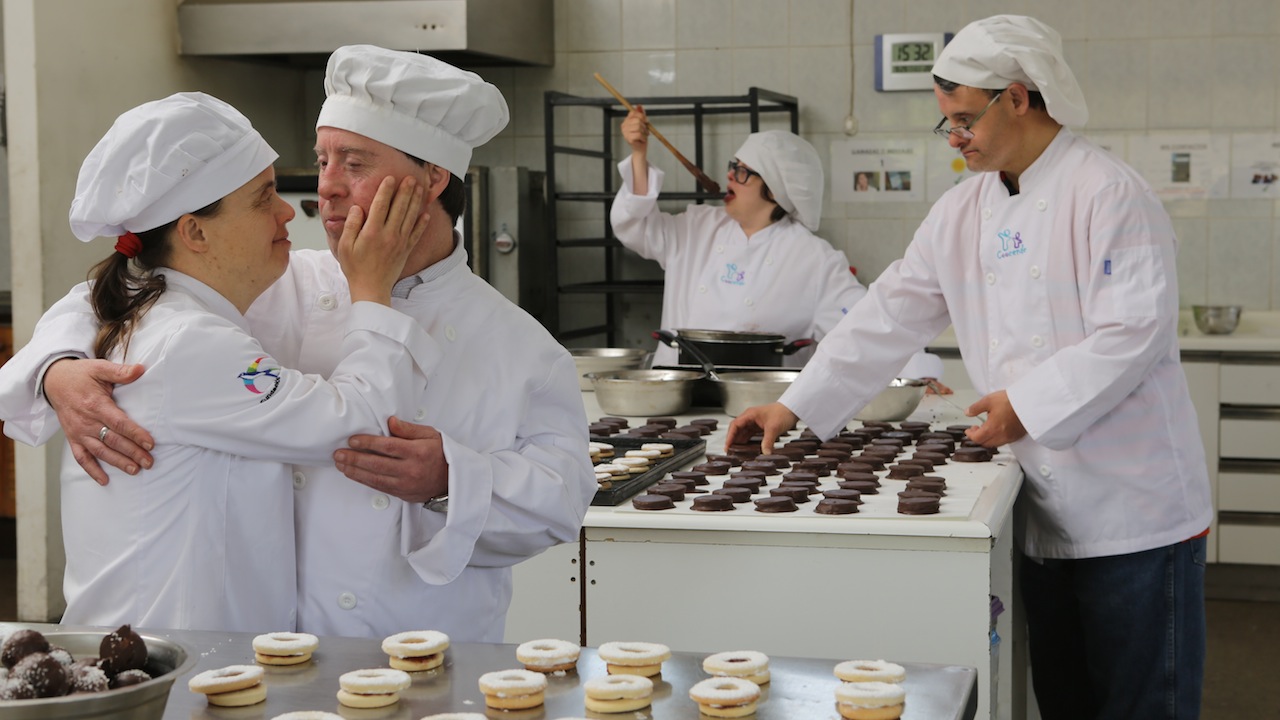 For almost their entire lives a group of forty-something classmates have grown up together and are reaching the age of 50 with varying degrees of frustration. Anita, Rita, Ricardo and Andrés feel that the school they attend for people with Down’s Syndrome is confining; they long for new challenges, greater independence, and more personal space. Director Maite Alberdi’s observational approach is warm and compassionate, allowing the characters to voice their innermost longings and aspirations. It also perfectly captures the tragic state of limbo in which they are stuck: mature enough to want the pressures and privileges of independent adulthood, yet emotionally and financially ill-equipped to pursue them alone—and ultimately failed by a system that treats them as homogeneously disabled rather than as individuals. Their engaging story is a mixture of heartache and humor, and hope for greater understanding of people with Down’s Syndrome, or anyone whose perceptions and abilities are different from “the norm.”

“I want to be someone, like a homeowner. I want to make enough to keep my home. I want to build a family with someone who makes me feel special. That’s what I’m saving for.” -Ricardo Urzúa, film subject