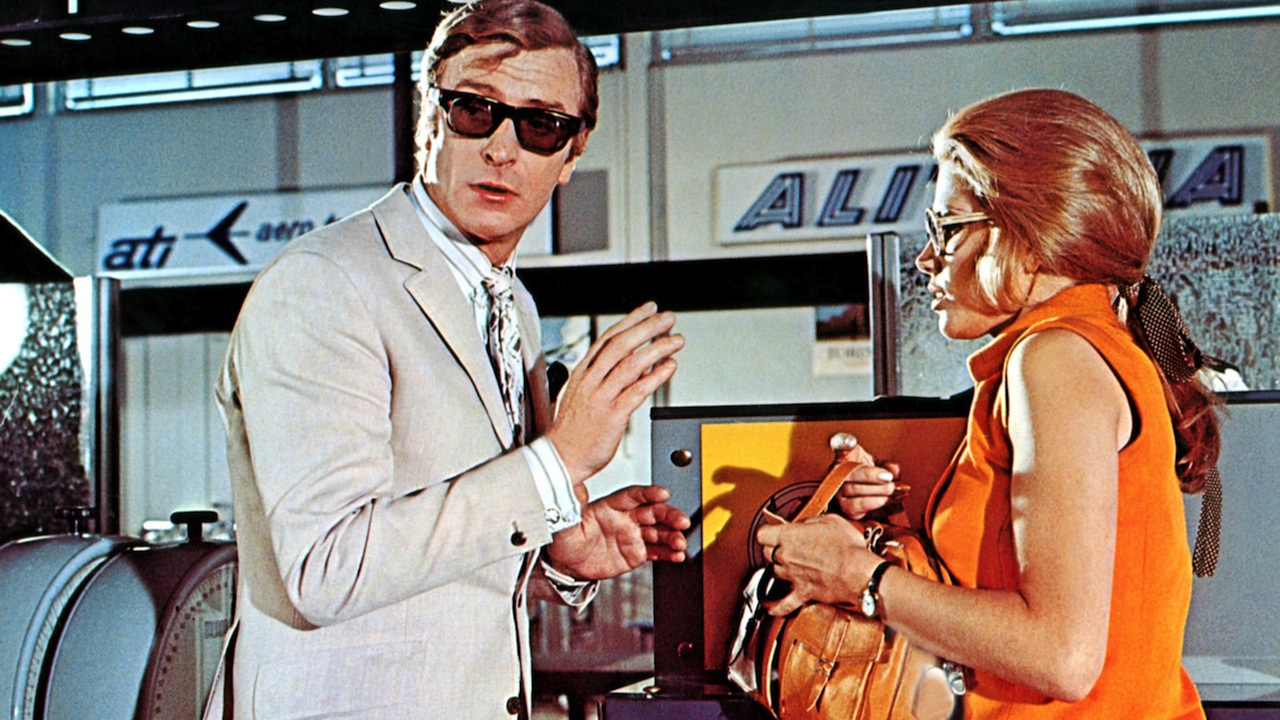 “As the Mini Coopers rock from side to side along a sewage tunnel, with £4 million in gold bullion in their boots and Quincy Jones’s infectious score swinging away in the background, ask yourself this: is there a film – certainly a British film – that delivers a greater infusion of pure joy than The Italian Job? The cast of this chirpily patriotic movie is led by Michael Caine, reprising his Alfie persona as Charlie Croker, a dollybird-friendly criminal who inherits a plan to rob the FIAT factory in Turin by causing the world’s largest traffic jam.

“But if Caine embodies Sixties cool, his presence is deliciously counterbalanced by the old-world charm of Noël Coward as Mr Bridger, the urbane, royalty-obsessed crimelord who treats his prison as his castle. Yet the true stars are the cars, in particular the red, white and blue Minis used to remove the loot from the scene, whizzing through the priceless palazzos and down the marble stairs with an abandon that makes the film’s shooting seem as much a joke on the Italians as its plot.

“…Its journey into Saturday-afternoon ubiquity has spawned endless repetition of its catchphrases (all together now: “You’re only supposed to blow the bloody doors off!”), while its effortless style, and the glamour and comedic tics it lends its gangsters, are to blame for much of Guy Ritchie’s career. Yet the pure enjoyment it offers more than counterbalances these flaws. More to the point, the tight, witty script by Z Cars writer Troy Kennedy-Martin, smooth direction from Peter Collinson (Coward’s godson), and above all that glorious extended escape sequence, made by Jones’s wonderful score, power this film to a literal cliff-hanger ending that has become as iconic as the Mini Cooper itself. Just don’t tell anyone that the drivers were actually French.” –The Telegraph