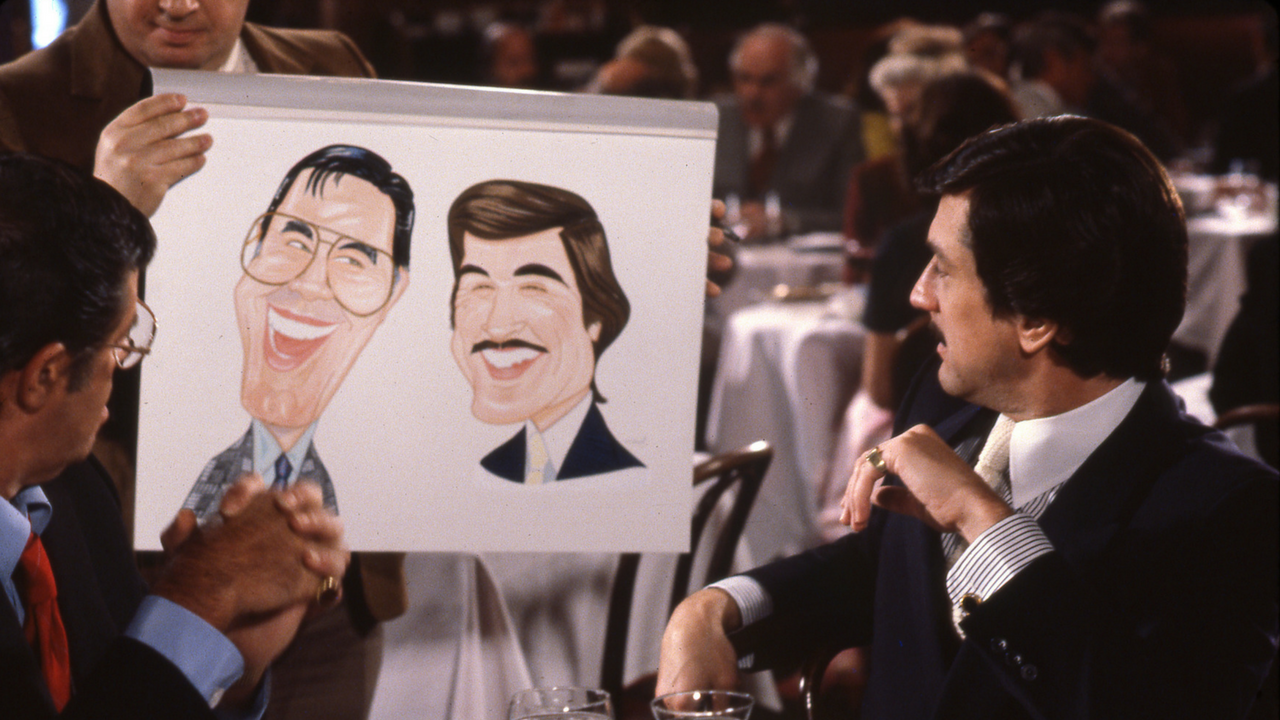 The King of Comedy

“Scorsese and De Niro have been pushing each other so far for so long that audience polarisation now automatically accompanies the risk of their major-league collaboration. The King of Comedy guarantees a split even at the level of expectations: it’s definitively not a comedy, despite being hilarious; it pays acute homage to Jerry Lewis, while requiring of the man no hint of slapstick infantilism; its uniquely repellent prize nerd is De Niro himself. The excruciating tone is set by an early freeze-frame of fingernails frantically scraping glass. Flinch here, and you’re out, because Scorsese never does while detailing fantasist Rupert Pupkin’s squirmily obsessive desperation to crash TV’s real-time as a stand-up comic on the Carson-modelled Jerry Langford Show. Buttonholing its star (Lewis), then rebounding from brush-offs to hatch a ludicrous kidnap plot, De Niro’s Pupkin isn’t merely socially inadequate; he’s a whole dimension short – happily rehearsing with cardboard cut-outs, choosing the flatness of videoscreen space for his schmucky jester’s tilt at being ‘king for a night’. Whereas the film itself is all unexpected dimensions and unsettling excesses, with the ambiguous fulfilment of Pupkin’s dream frighteningly echoing the news-headline coda of Taxi Driver. Creepiest movie of the year in every sense, and one of the best.” – Time Out (London)