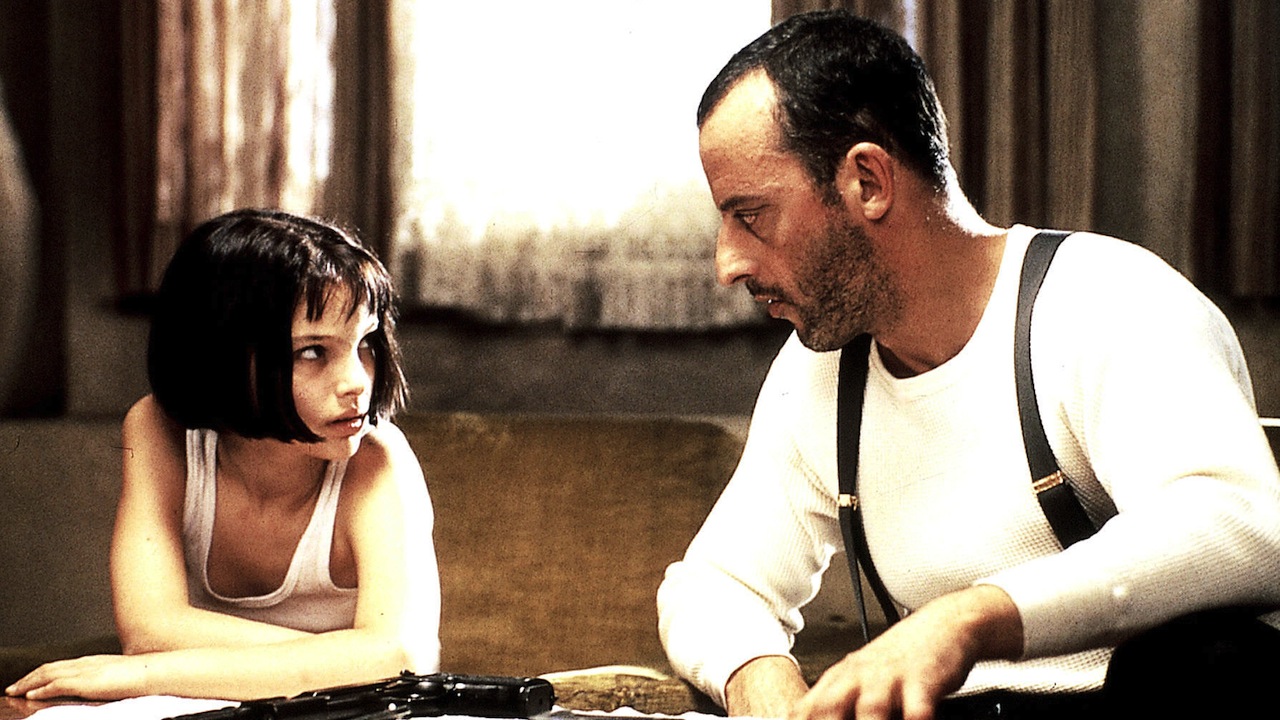 “There are a lot of films you first see as a kid that still loom large for you years later, but upon a re-watch disappoint. Luc Besson’s LEON (1994) is not one of them. Uniquely and willfully schizophrenic, it feels either like an eccentric French drama masquerading as a violent action or vice versa. One minute Leon and his assassin protégé Mathilda are sitting at the kitchen table of a crumbling, austere flat that could easily be in Montmartre, drinking a tall glass of milk as a desk fan pants round, the next the most archetypal 90s henchmen are descending on the building in cheap suits, brandishing Uzis and barking into walkie-talkies. Then the action is interrupted again by a curmudgeonly old lady at the other end of the hall wondering what all the noise is about.

“…Natalie Portman gives an amazingly deft performance aged just 12, and Jean Reno gets the combination of ruthless adult pragmatism and vulnerable immaturity just right in the lead role, but it is Oldman who delivers an unforgettable performance, which most fans’ minds will immediately jump to when the film is brought up…Besson’s composition in the movie is perfect, each moment of drama playing out so cinematically, a particular favourite being when Leon opens his door to Mathilda and light floods the hallway. Salvation.

“…The relationship between Leon and Mathilda is simultaneously one of father and daughter, teacher and apprentice and outcast and outcast, but there are also undertones of sexuality, Leon choking on his milk as the 12-year-old dresses up as Marilyn Monroe for him, moments before Bjork sings ‘His wicked sense of humour suggests exciting sex’  in the score, a Lolita-esque frisson crucial to the movie … THE PROFESSIONAL’s influence can be felt in a number of action films that have followed it, but none have replicated its atmosphere of terror and play, melodrama and mundanity quite so well.” –The Independent