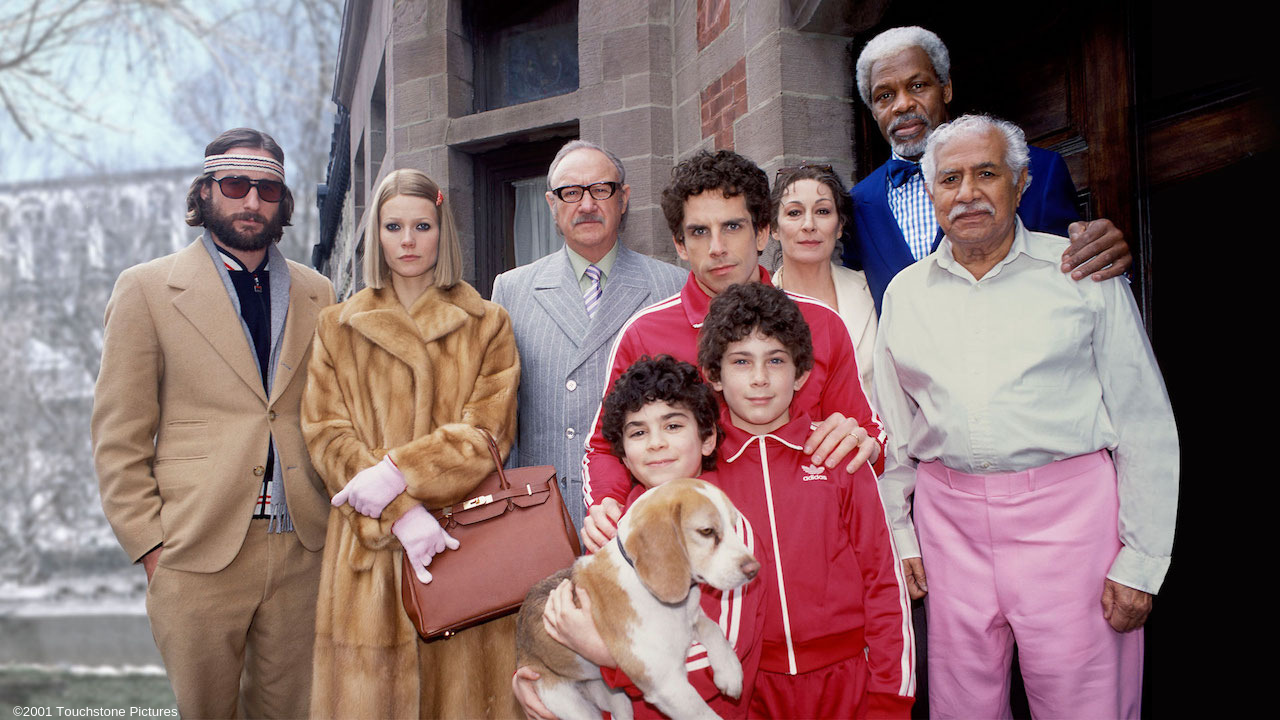 “THE ROYAL TENENBAUMS is a film of rare beauty, alive with humanity and crippling sadness. It earns its joy because Anderson can make an otherwise ancient cliché crackle as if it were new. Take Royal Tenenbaum (Gene Hackman), who is tactless but whose love for his family is absolute; he’s the distant father who’ll conspire for your love but earns it with a simple kiss on the cheek: “Thank you my sweet boy.” At its simplest, Anderson’s latest masterpiece becomes a paean to second chances.

Anderson carefully sets up the Tenenbaums as martyrs to their self-contained upper-class milieu. Etheline (Anjelica Huston) is Royal’s ex-wife, now set to marry an academic widower, Henry Sherman (Danny Glover), whose love she was blind to for over a decade. Adopted daughter Margot (Gwyneth Paltrow) is the literary genius whose career success comes at the price of her emotional isolation. Chas (Ben Stiller) strips the father-son dynamic of ecstasy once his wife’s death gives way to his paranoiac mentality. Richie (Luke Wilson) is the fallen tennis idol that equates failure with his father’s absence and his muted love for Margot. As children they bid farewell to Royal by way of a conference call, a humorous scenario through which Anderson emphasizes the notion of youth having to reconcile adult pain within a less-than-warm environ.

…Anderson’s obsession with failure becomes so tightly bound with hope that death itself becomes a vehicle to joy, a humbling happily ever after.” – Slant (2001)