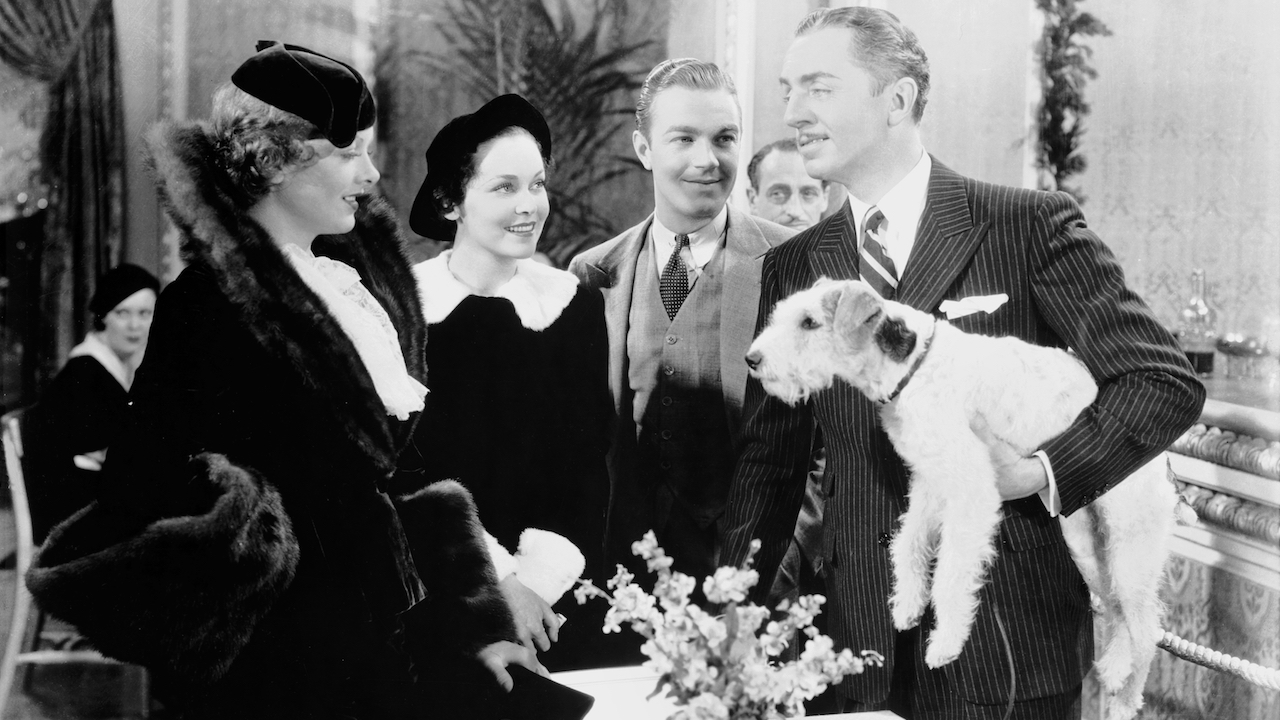 “The important thing is the rhythm,” the man at the bar is explaining, cocktail shaker in hand. “You always have rhythm in your shaking. Now, a Manhattan you shake to fox-trot time. A Bronx, to two-step time. But a dry martini you always shake to waltz time.” He’s joined a few moments later by his wife and his wire-haired terrier. The former inquires how much he’s had to drink and is told he’s on his sixth martini. As she downs her first, she flags a waiter: “Will you bring me five more martinis and line them up right here?”

Thus was the wide world introduced to Nick and Nora Charles in 1934’s THE THIN MAN, starring William Powell and Myrna Loy. Witty, sophisticated, and pleasantly pickled, the pair would sleuth their way through a total of six films, the last five of which have just been released on DVD for the first time [in 2005]. (A short-lived 1950s TV spinoff starring Peter Lawford is better left forgotten.) As Nick and Nora, Powell and Loy subverted the classic detective film with comic aplomb and presented an impressively modern vision of marriage as an association of equals. They were also cinema’s most glamorous dipsomaniacs, a reminder of a bygone era when Hollywood could still imagine that charm, taste, and good humor might go hand-in-hand with the copious consumption of distilled spirits.” – The Atlantic