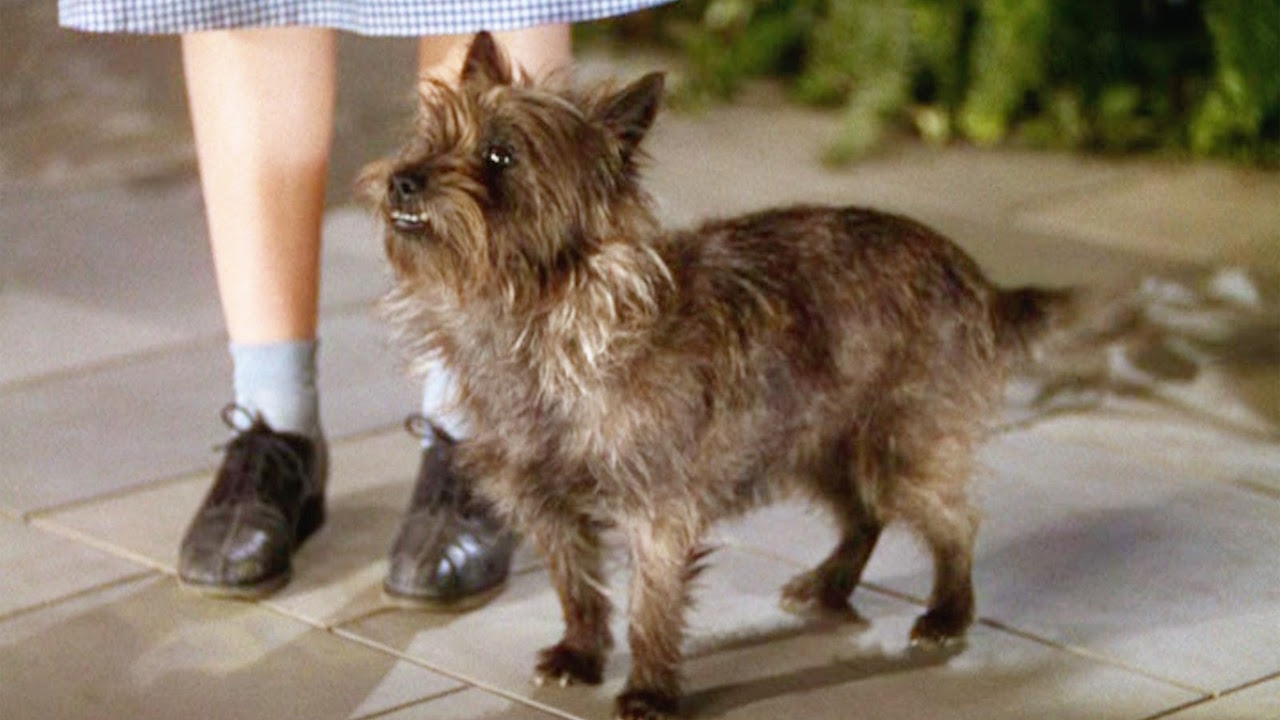 “Toto was a genius: The cairn terrier, named Terry (yes, Toto was a girl), is the unsung star of the movie. She holds out her paw during “Over the Rainbow.” She follows the action. She listens. On a small screen, her genius is less evident. But I watched the movie on big screen, and my eyes kept going to the dog.” – Mick LaSalle, “Thoughts on THE WIZARD OF OZ at 70,” San Francisco Chronicle