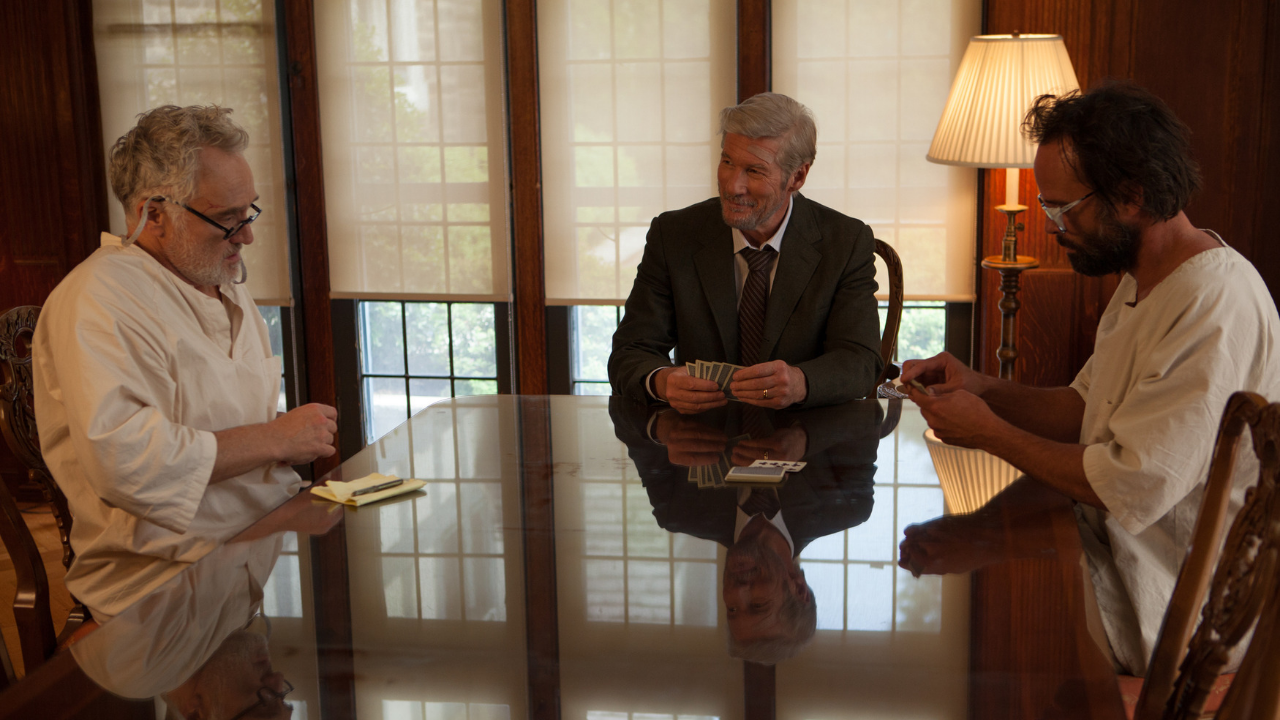 In Ypsilanti, Michigan in the late 1950s, Dr. Alan Stone (Richard Gere) begins working with two paranoid schizophrenics (Peter Dinklage and Bradley Whitford). Each man believes himself to be Jesus – and then Stone discovers a third patient (Walton Goggins) with the same delusion. Defying the era’s cruel standard therapies, Stone decides to bring the three together and engage them in a revolutionary attempt to confront their illness. With Julianna Margulies.

"A psychiatric drama with one of the [Toronto] fest's most impressive casts."