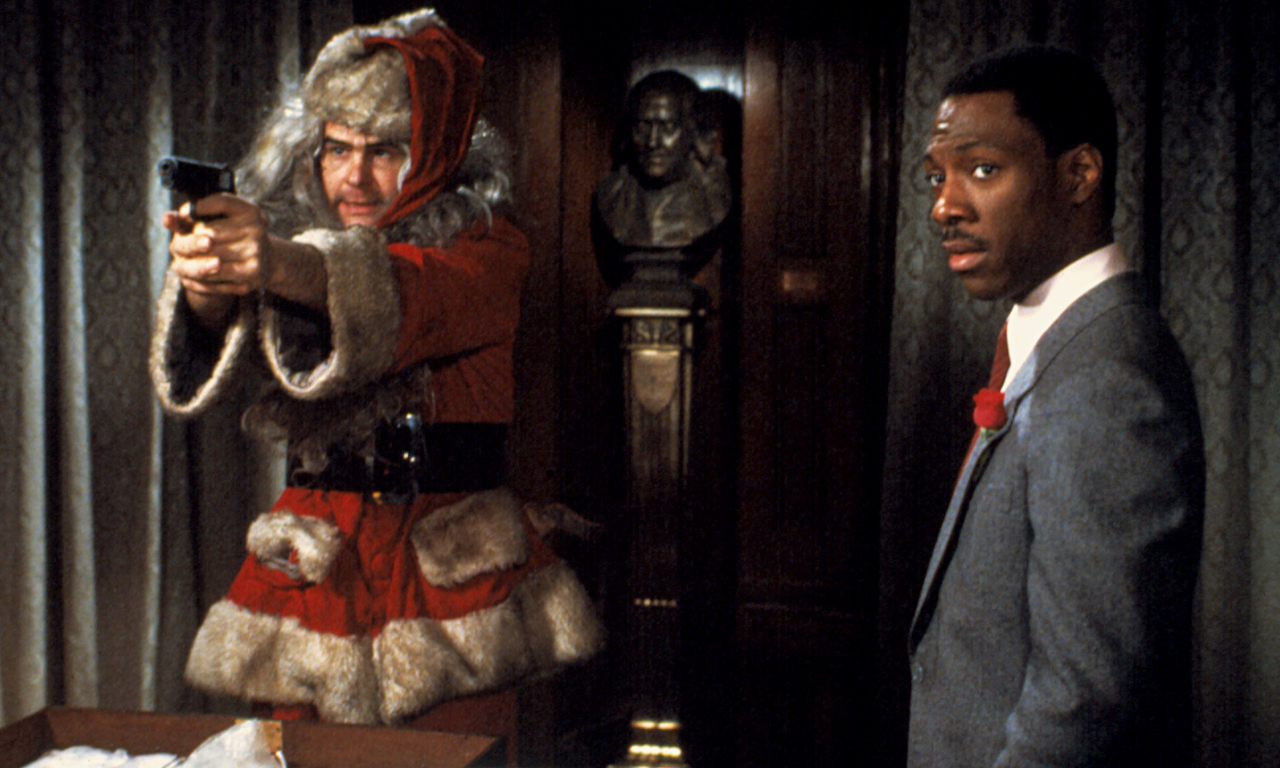 “Trading Places isn’t exactly a traditional Christmas film. There are no carolers or large family gatherings. But the trappings of a great holiday movie are there: It does, in fact, take place around the holidays, include a company Christmas party that features a drunk and disgruntled Santa Claus, and focus on themes of generosity (or lack thereof) and redemption.

The 1983 comedy stars Dan Aykroyd as Louis Winthorpe III, a wealthy managing director at a Philadelphia commodities-trading firm, and Eddie Murphy as Billy Ray Valentine, a beggar. The plot centers around a grotesque bet made by Mortimer and Randolph Duke, brothers and the owners of Winthorpe’s firm, Duke and Duke. After a run-in between Winthorpe and Valentine, in which Valentine is falsely accused of trying to steal Winthorpe’s briefcase, the Duke brothers make a bet on whether nature or nurture is the determining factor in an individual’s life. The premise of the bet is that if they elevate Valentine from poverty, giving him all the things that Winthorpe has (money, a job, a network, and social status)—he will soon begin to act like a wealthy, entitled, successful elite. On the other hand, they wager, if they take away all that Winthorpe has, he will turn into a homeless, jobless, thieving degenerate.

The film is often seen as a combination of Mark Twain’s The Prince and the Pauper and The Million Pound Bank Note, but it also touches on insider trading and the culture of poverty.” – The Atlantic