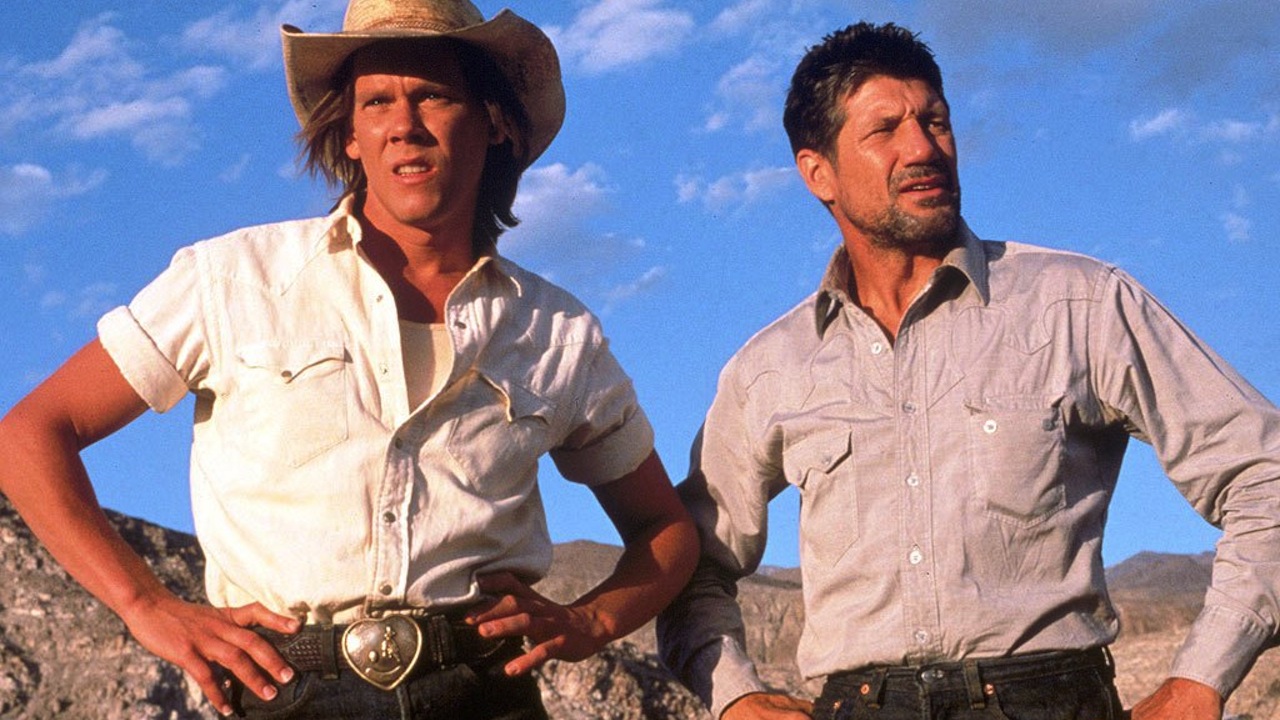 “‘The phones are dead, the roads are out… we’re on our own!’ All is not well in Perfection, Nevada, a remote desert town. Itinerant cowpokes Val (Bacon) and Earl (Ward) are all set to up sticks when they happen across a corpse perched incongruously atop a telegraph pole…and then another, apparently swallowed up by the earth. Huge, carnivorous, worm-like creatures, capable of tunnelling at incredible speeds in response to seismic vibrations, are literally undermining Perfection. With a tip of the hat towards its ’50s forefathers, this canny genre entry exploits its novel subterranean threat to the max, the ingenious situations being orchestrated with considerable skill by first-time director Underwood. Bacon and Ward project a wonderful low-key rapport, based initially on jokey ignorance before giving way to terse apprehension. It’s great to hear authentic B movie talk again, especially when the cast takes it upon itself to name the monsters, only to come up with ‘graboids’ by default, and to debate their probable origin: ‘One thing’s for sure…them ain’t local boys’. This is what a monster movie is supposed to be like, and it’s terrific.” –Time Out (London)