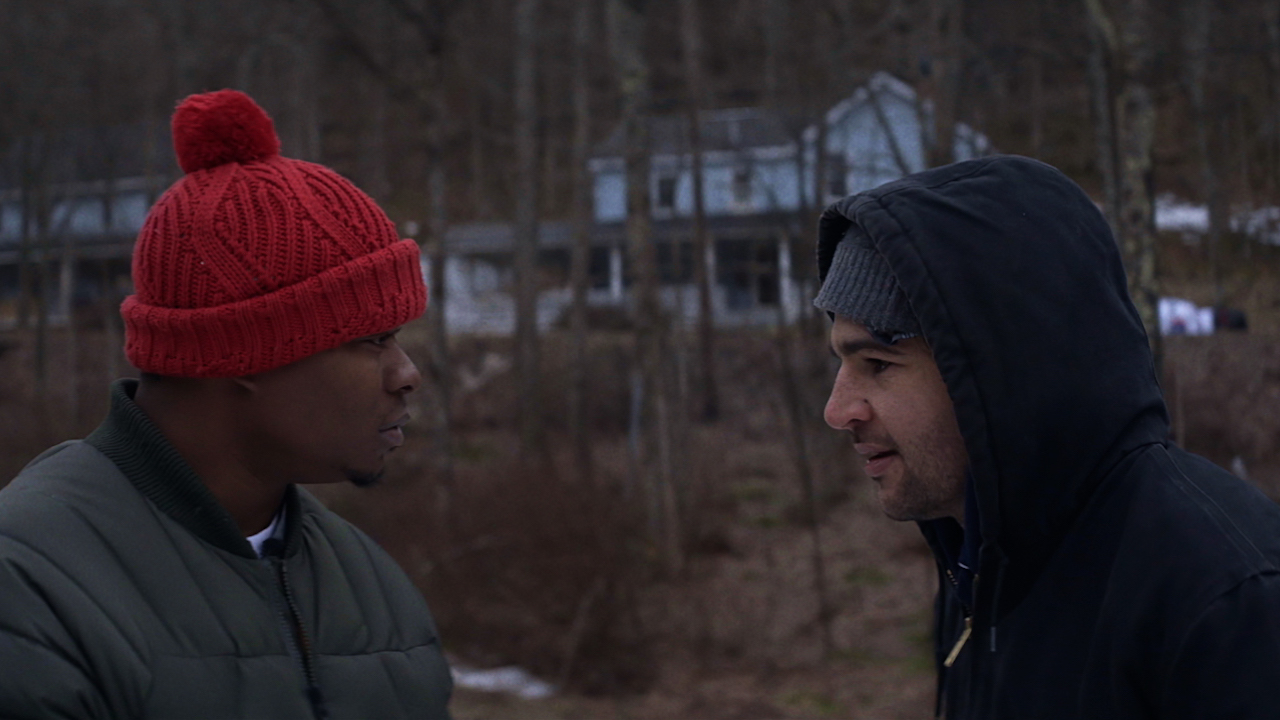 Silva’s latest (The Maid, Nasty Baby) centers on Tyler, who joins a friend on a weekend trip to the Catskills with several people he doesn’t know. Once they get there, it’s clear that (1) he’s the only black person around, and (2) it’s going to be a weekend of heavy drinking. As the combination of testosterone and alcohol gets out of hand, his situation starts to feel like a nightmare underscored by racial stereotyping – from the beginning when one drunk stranger mishears Tyler’s name as Tyrel.