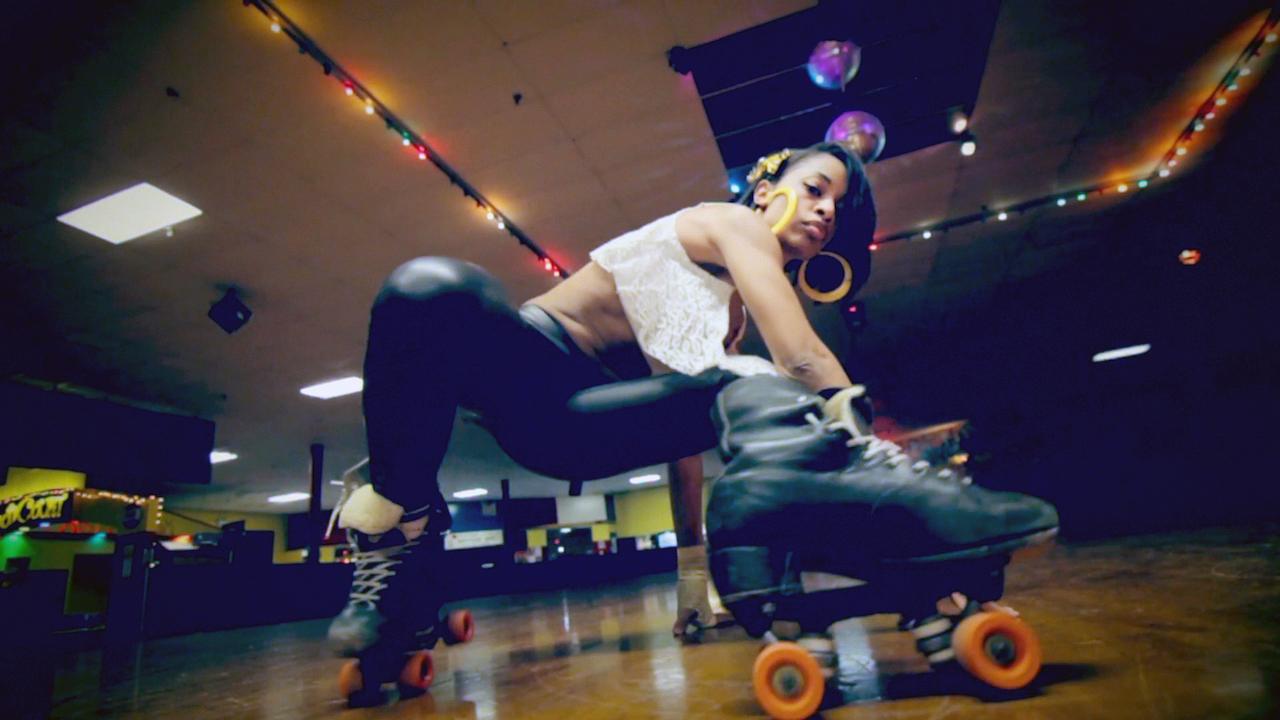 Off the radar of mainstream American culture, the African-American roller-rink community has thrived for decades in cities across the country, fostering community, hosting performances by groundbreaking hip-hop artists including N.W.A. and Queen Latifah, and serving as the incubator for a radical blend of skating and dance that stands is its own unique art form, complete with regional variations. Despite this remarkable history, skating is in a precarious state; re-zoning policies have led to rinks closing down, and the long-standing, still-present practice of admission policies have, historically, restricted attendance to racially-coded “Adult Nights and even discouraged or barred black patrons entirely. ”

It’s to this present reality that directors Dyana Winkler and Tina Brown turn their cameras. The HBO Documentary Film United Skates visits black rink owners and observes skaters from Los Angeles, Chicago, North Carolina, and beyond as they travel across the United States, introduce their kids to the art, muse on its past and future, and, most importantly, skate. This electrifying work is at once a cultural history lesson, an investigation into racial politics, and a beautifully shot performance film.