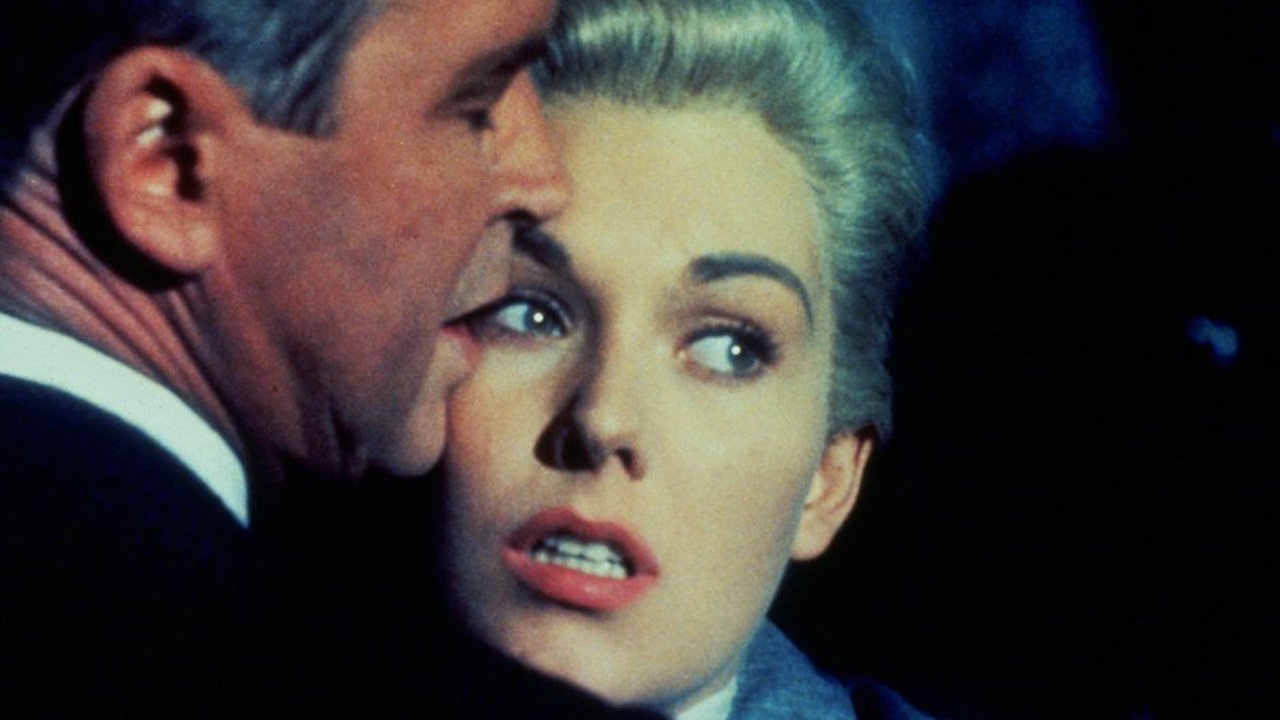 “One of the landmarks—not merely of the movies, but of 20th-century art. Alfred Hitchcock’s 1958 film extends the theme of Rear Window—the relationship of creator and creation—into the realm of love and sexuality, focusing on an isolated, inspired romantic (James Stewart) who pursues the spirit of a woman (the powerfully carnal Kim Novak). The film’s dynamics of chase, capture, and escape parallel the artist’s struggle with his work; the enraptured gaze of the Stewart character before the phantom he has created parallels the spectator’s position in front of the movie screen. The famous motif of the fall is presented in horizontal rather than vertical space, so that it becomes not a satanic fall from grace, but a modernist fall into the image, into the artwork—a total absorption of the creator by his creation, which in the end is shown as synonymous with death. But a thematic analysis can only scratch the surface of this extraordinarily dense and commanding film, perhaps the most intensely personal movie to emerge from the Hollywood cinema.” – Dave Kehr, Chicago Reader