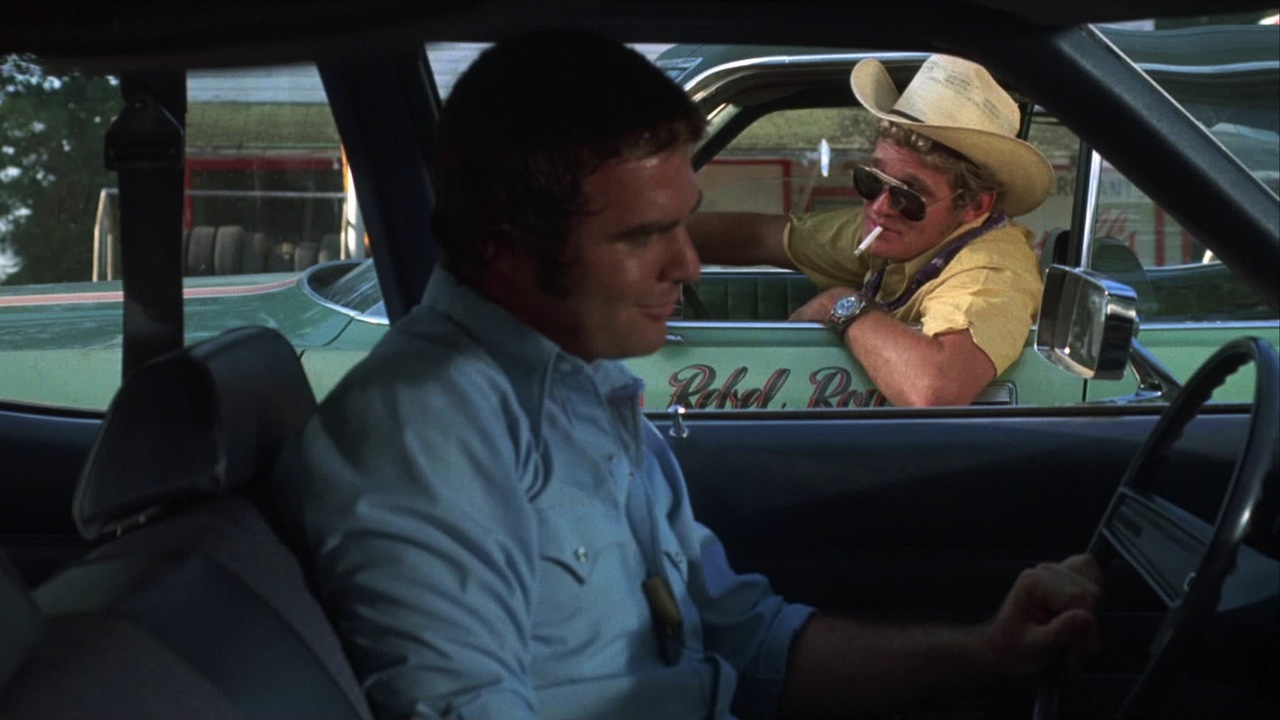 “In form, WHITE LIGHTNING is straightforward revenge melodrama. Gator McKlusky (Burt Reynolds), a convicted Arkansas moonshiner, is let out of prison so he can help establish evidence for a Federal case against a particularly evil and law-breaking small-town sheriff (Ned Beatty). But Gator has his own reasons, the sheriff’s killing of his college-student kid brother mainly because the boy wore his hair long and espoused good government, and he means to get more than evidence.

“Burt Reynolds may by now have a bare-chest clause in his contract, because you see a lot of his bare chest—for example, in flirtation scenes with Miss Billingsley where you don’t see any of hers. What you do see of her is a rather complex and subtle characterization of a girl more vulnerable than she seems. In fact, all the local types, like Matt Clark, Bo Hopkins, or R. G. Armstrong (all in the moonshine business) are more complete and more resilient than the situation strictly demands.

“Ned Beatty makes of Sheriff Connors one of those… phlegmatic manifestations of evil that have from time to time been such a specialty of the South as shown in American movies. And there are sequences involving him—some of the best take place inside the sheriff’s office — that seem unexpectedly intricate and cleverly paced, and on the way to rather exciting film making.” –New York Times