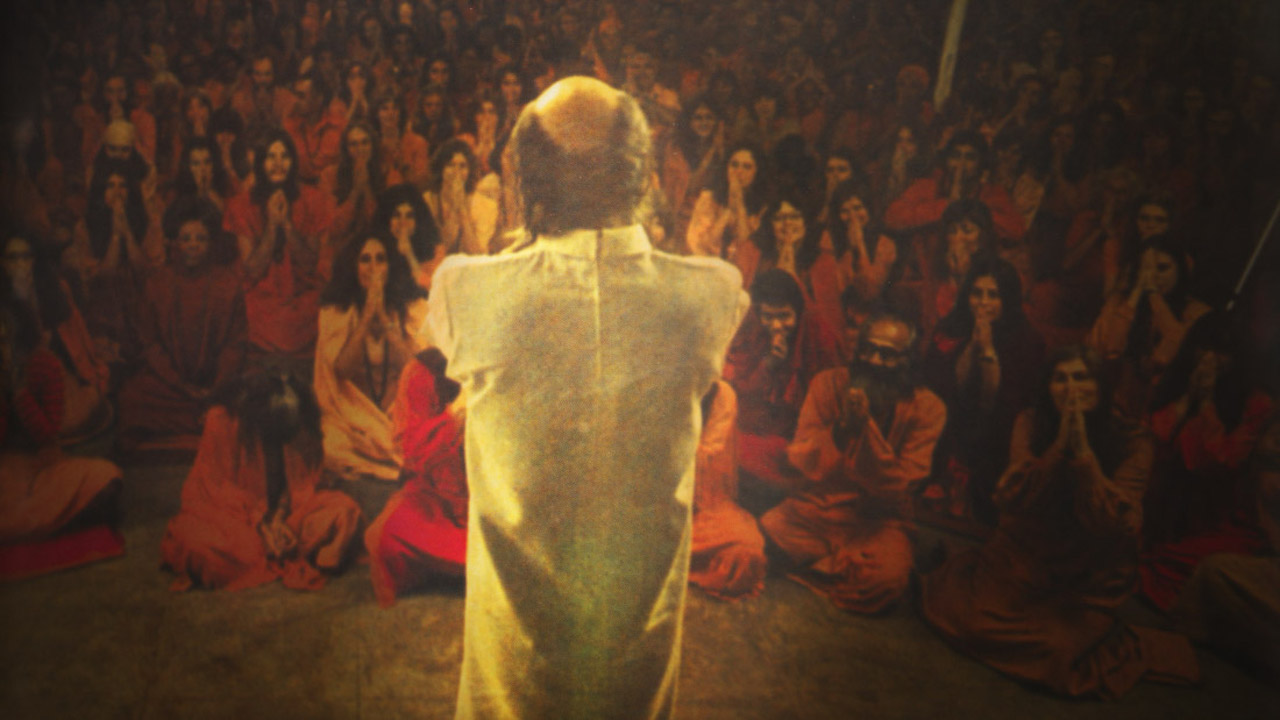 Episodes 1 & 2 screening for Stranger Than Fiction on Wed Mar 13.

Program note from the 2018 Sundance Film Festival: “On a quiet day in 1981, disciples of an obscenely wealthy religious guru named Bhagwan Rajneesh suddenly appear in the small, conservative Oregon town of Antelope, dressed in all red and with portraits of their leader hanging from their necks. This, of course, makes the townsfolk uneasy.

The Rajneesh followers spend over $125 million to build Rajneeshpuram, a 64,000-acre utopia, complete with a hospital, schools, restaurants, a shopping mall, and their own airport. The spokesperson for the movement is Ma Anand Sheela, a fearless disciple whose belief in the principles of Rajneesh are only outweighed by her feisty spirit. In order to stack the results of county elections in their favor, the Rajneesh bus thousands of homeless people onto the ranch. When these new recruits are denied voting rights by the state, Rajneesh leaders surreptitiously infect local restaurants with salmonella, resulting in the largest biochemical terrorist attack on U.S. soil. And that’s only the beginning…

Directors Maclain and Chapman Way, whose debut documentary, The Battered Bastards of Baseball, premiered at the 2014 Sundance Film Festival, return with this riveting six-part docuseries that recounts the amazing true story of a fallen religious movement.”