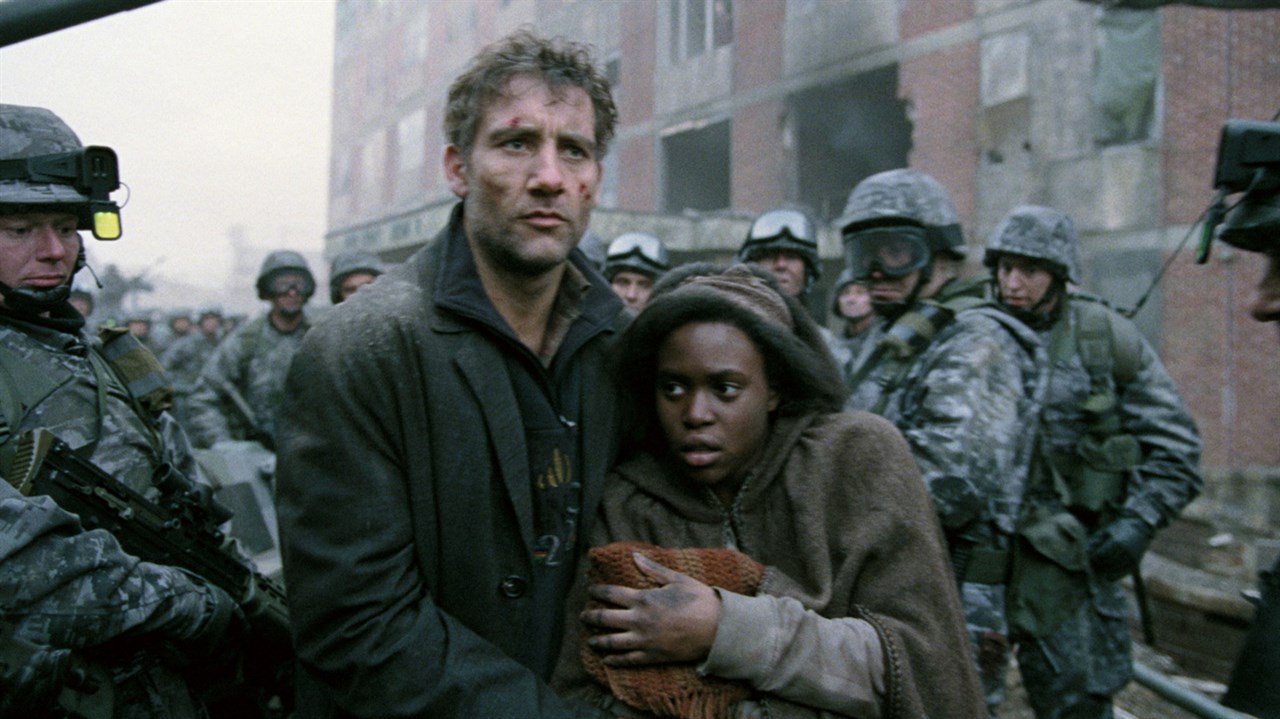 “The end is nigh in CHILDREN OF MEN, the superbly directed political thriller by Alfonso Cuarón about a nervously plausible future. It’s 2027, and the human race is approaching the terminus of its long goodbye. Cities across the globe are in flames, and the “siege of Seattle” has entered Day 1,000. In a permanent war zone called Britain, smoke pours into the air as illegal immigrants are swept into detainment camps. It’s apocalypse right here, right now — the end of the world as we knew and loved it, if not nearly enough.

“It may seem strange, even misplaced to talk of beauty given the horror of the film’s explosive opening. For Theo, the emotionally, physically enervated employee of the Ministry of Energy played without a shred of actorly egotism by Clive Owen, the day begins with a cup of coffee, an ear-shattering explosion and a screaming woman holding her severed arm. The Mexican-born Mr. Cuarón, whose previous credits include the children’s films “A Little Princess” (1995) and “Harry Potter and the Prisoner of Azkaban” (2004), as well as the supremely sexy road movie “Y Tu Mamá También” (2001), has always had a dark streak. But nothing in his résumé prepares you for the shocking realism of this explosion, which proves all the more terrible because here it is also so very commonplace.” — Manohla Dargis, The New York Times