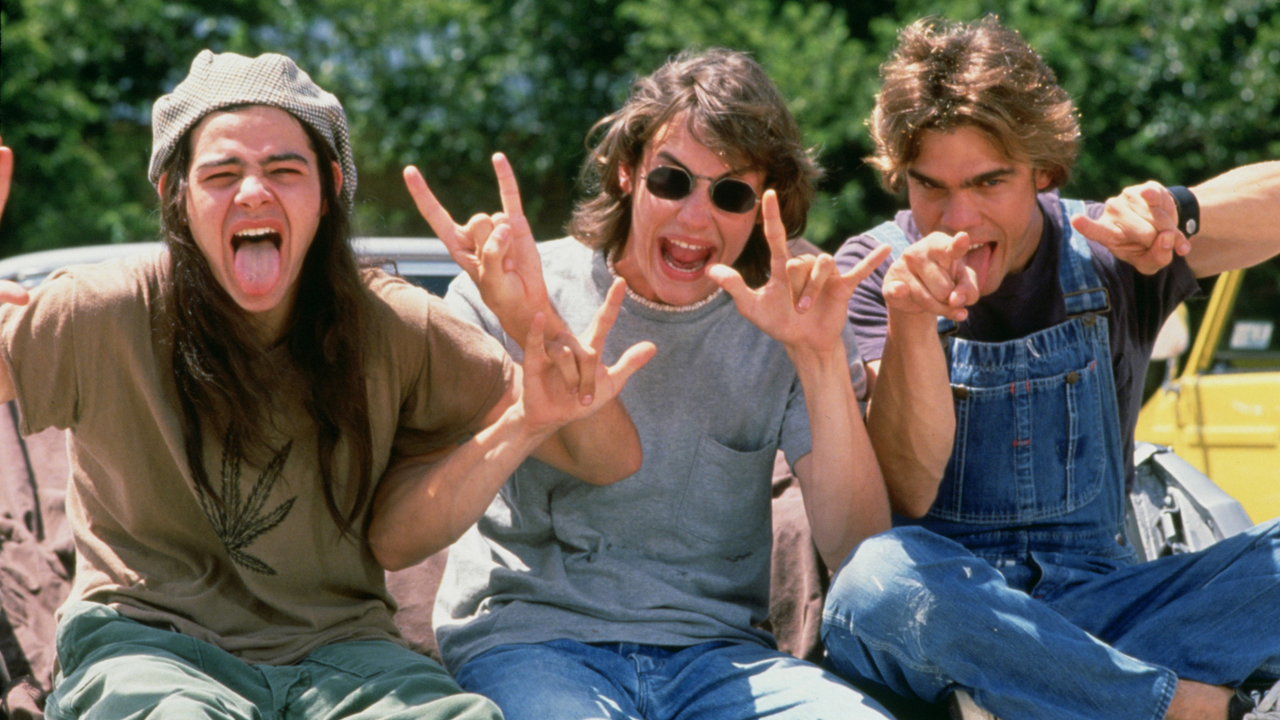 “School’s breaking up for the summer of ’76. The seniors debate party politics while next term’s freshmen run the gauntlet of brutal initiation rites, barely comforted by the knowledge that they’ll wield the stick one day. No one’s looking much farther ahead than that. This has a free-wheeling, ‘day-in-the-life-of’ structure which allows writer/director Linklater, in his second feature, to eavesdrop on an ensemble cast without much in the way of dramatic contrivance. There’s a quirky counter-cultural intelligence at work: sympathy for those on the sidelines, and a deadpan pop irony which places this among the hippest teenage movies. While the camera flits between some two dozen youngsters (played by uniformly excellent unknowns), Linklater allows himself to develop a handful of stories. Seriously funny, and shorn of any hint of nostalgia or wish-fulfilment, this is pretty much where it’s at.” – Time Out (London)