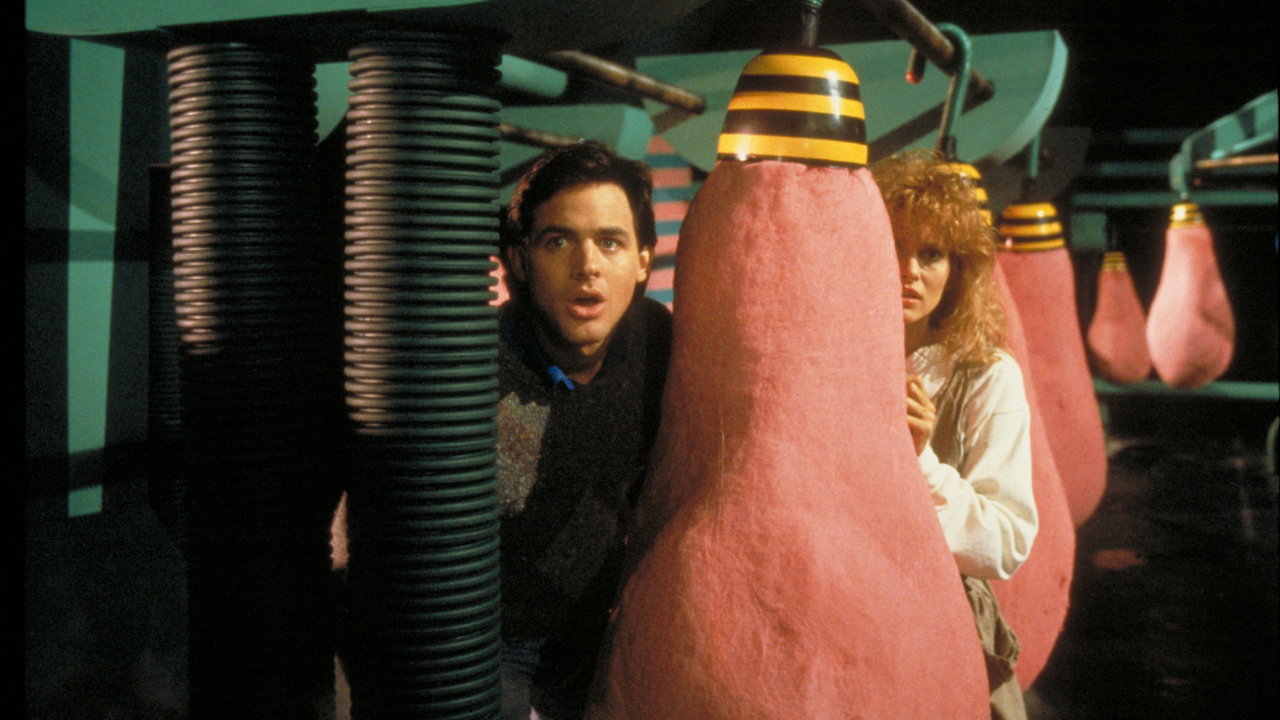 “Although the Chiodo Brothers — Stephen, Charles and Edward — have helped create the visual effects seen in various Hollywood flicks over the decades (credits include Critters, Elf and Team America: World Police), only once have they been given the reins to write, direct and produce their own motion picture. That would be Killer Klowns from Outer Space, and given the groovy results, it’s a mystery why we’ve now gone 30 years without some studio handing them the funds to make another movie. Working wonders with a relatively slender budget, the siblings serve up an endlessly inventive yarn in which a small town is invaded by otherworldly Bozos who begin capturing, killing and cocooning the citizens for future consumption. Clean-cut kids Mike (Grant Cramer) and Debby (Suzanne Snyder) try to warn the local law, but while Debby’s ex-boyfriend, Deputy Dave (John Allen Nelson), suspects they might be telling the truth, grouchy Deputy Mooney (John Vernon, scowling as much as he did as Dean Wormer in National Lampoon’s Animal House) thinks it’s all a big hoax. The imagination that went into the visual effects, the set design, and the alien gadgetry makes it easy to overlook any minor deficiencies in other departments.” – Creative Loafing