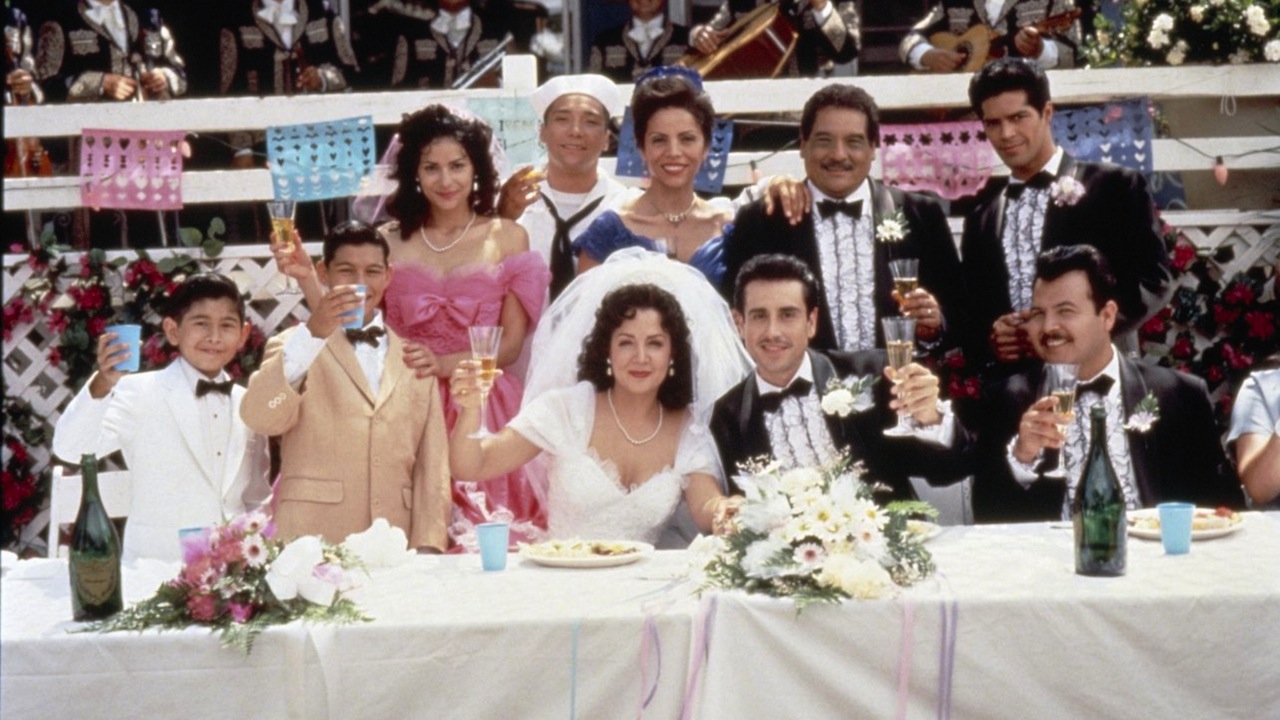 “Gregory Nava’s MY FAMILY is like a family dinner with everybody crowded around the table, remembering good times and bad, honoring those who went before, worrying about those still to come. It is an epic told through the eyes of one family, the Sanchez family, whose father walked north to Los Angeles from Mexico in the 1920s, and whose children include a writer, a nun, an ex-convict, a lawyer, a restaurant owner, and a boy shot dead in his prime.

“Their story is told in images of startling beauty and great overflowing energy; it is rare to hear so much laughter from an audience that is also sometimes moved to tears. Few movies like this get made because few filmmakers have the ambition to open their arms wide and embrace so much life. This is the great American story, told again and again, of how our families came to this land and tried to make it better for their children…Rarely have I felt at the movies such a sense of time and history, of stories and lessons passing down the generations, of a family living in its memories.

“Their story is the story of one Mexican-American family, but it is also in some ways the story of all families. Watching it, I was reminded of my own family’s legends and heroes and stray sheep, and the strong sense of home. ‘Another country?’ young Jose says, when he is told where Los Angeles is. ‘What does that mean – another country’?” -Roger Ebert