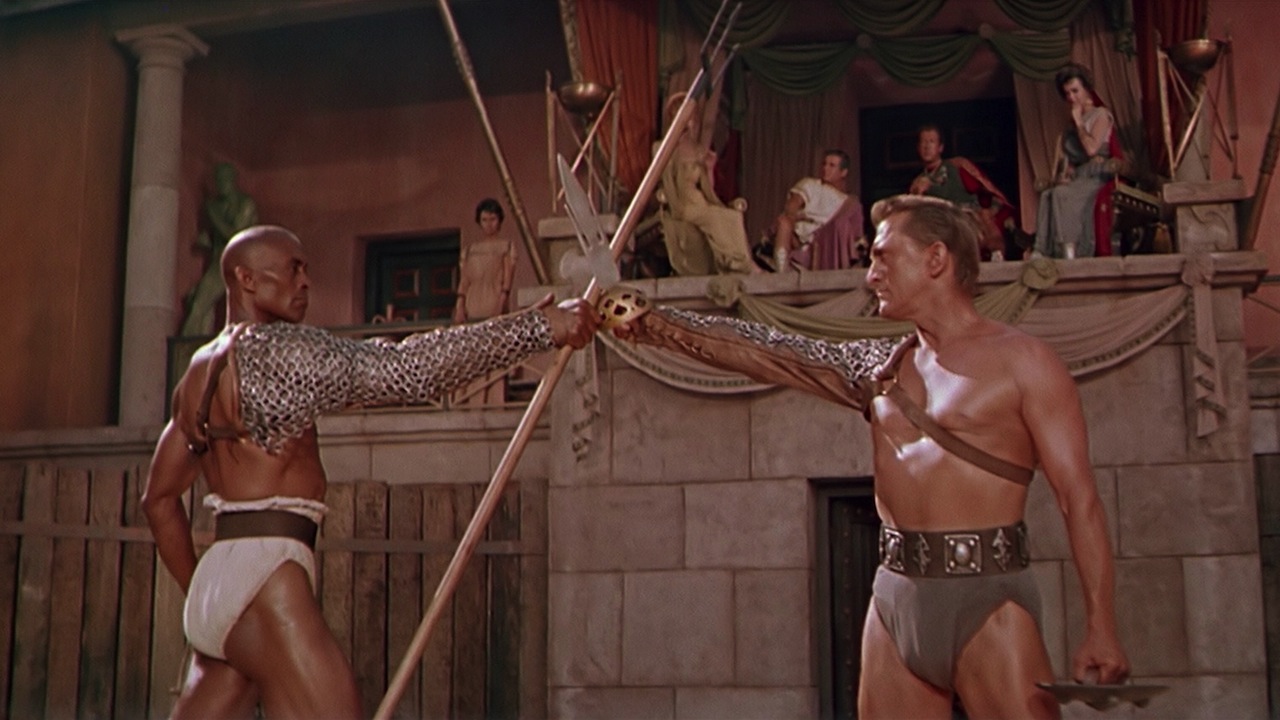 “Successfully sweeps us back to an era when machismo had soul… As Spartacus, the slave gladiator who leads a rebellion against the Roman empire, Douglas is a fearless, baby-blue-eyed messiah who loves his fellow underdogs like brothers… Like Lawrence of Arabia, Spartacus seems to teeter between eras, fusing the moral and visual clarity of classic movie epics — scenes of carnage, squalor, and political revolt transformed into widescreen eye candy — with dashes of contemporary knowingness, most notably in the superb, slyly mordant performances of Laurence Olivier, Charles Laughton, and Peter Ustinov. The one scene with a hint of the eccentrically detached brilliance that would come to define ‘Stanley Kubrick Movies’ is the climactic battle, in which marching blocks of Roman soldiers are mowed down by fire: It’s war as the greatest halftime show ever choregraphed. Until then, SPARTACUS envelops you in the sort of bedazzled hero worship Hollywood never quite managed to bring off this rousingly again.” –Entertainment Weekly

"To see it once again on the big screen, in all its expansive glory, is a treat."