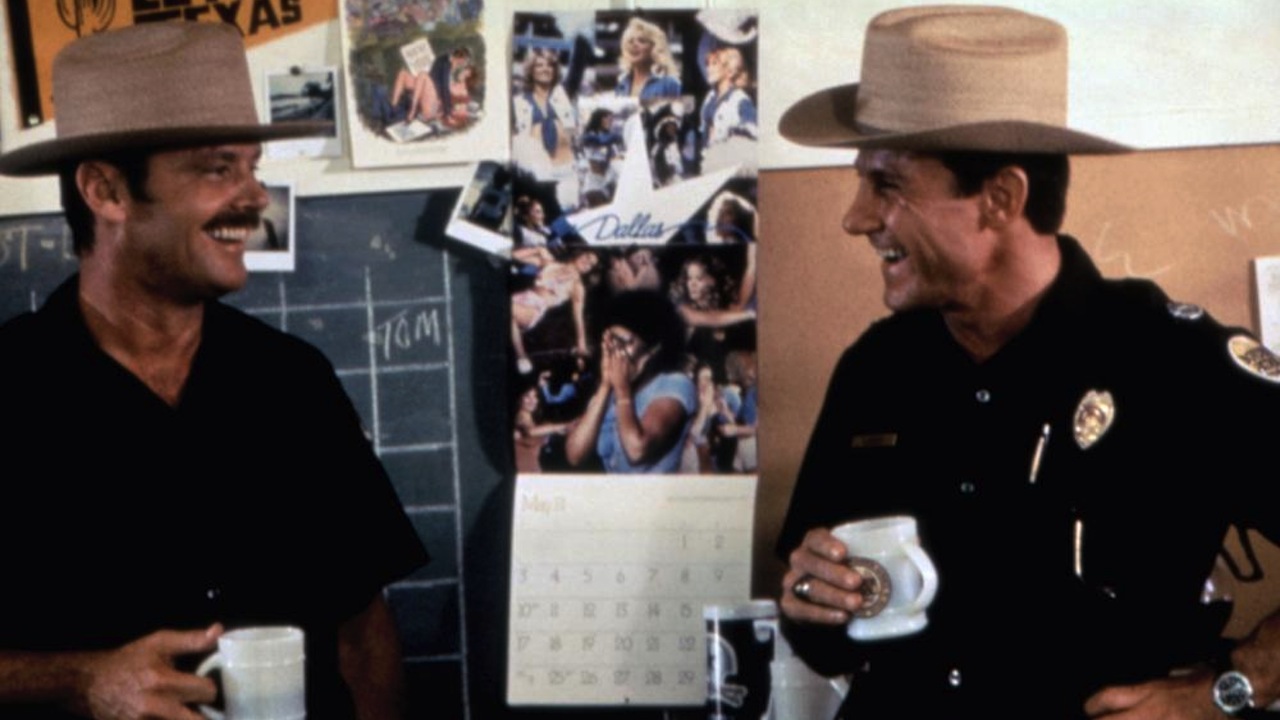 “After 11 years of marriage, Charlie Smith (Jack Nicholson) is fed up with living in a dreary trailer with his pretty, bubble-brained, Texas-born wife, Marcy (Valerie Perrine), and with his job as a member of the United States Border Patrol stationed in Los Angeles. During the day, Charlie makes token arrests of docile, mostly frightened, illegal Mexican immigrants, who supply L.A.’s small businesses with below-minimum-wage labor, and then goes home to drink beer and listen to Marcy, who dreams of living in splendor in her very own duplex.

“Largely at Marcy’s urging, Charlie transfers to El Paso, where Marcy gets her duplex – ”Look at it! It’s just like the picture said!” – and where life as a border guard is a good deal more active and perilous than the duty in Los Angeles. At night, the Rio Grande, which forms the U.S.-Mexican border at El Paso, teems with poor, desperate, illiterate Mexicans seeking entrance into the land of milk, honey, bigotry and exploitation.

“…THE BORDER, which opens today at the Rivoli and other theaters, is an angry, brutal melodrama about the plight of the illegal immigrants, about the people who rip them off and about the consequences of Charlie’s crossing of his own border into the alien territory of bribes, beatings, kidnappings and murder.

“…THE BORDER is the first American theatrical film to be directed by Tony Richardson since his marvelously eccentric film version of Evelyn Waugh’s The Loved One in 1965…The best thing about THE BORDER is the way Mr. Richardson has cast it, because the actors bring to their roles a lot of information that would be beyond the scope of lesser performers. Much of the way the film works depends on Charlie Smith’s growing disaffection for his job and his highly romantic attachment for an innocent, childlike young Mexican woman named Maria (Elpidia Carrillo), who becomes the film’s most visible victim of the illegal traffic across the Rio Grande. Mr. Nicholson supplies Charlie Smith with reserves of feeling that might otherwise not be apparent.” -Vincent Canby, New York Times

"A ravaging, heartbreaking account of the atrocities perpetrated by the immigration system along the U.S.-Mexico border."