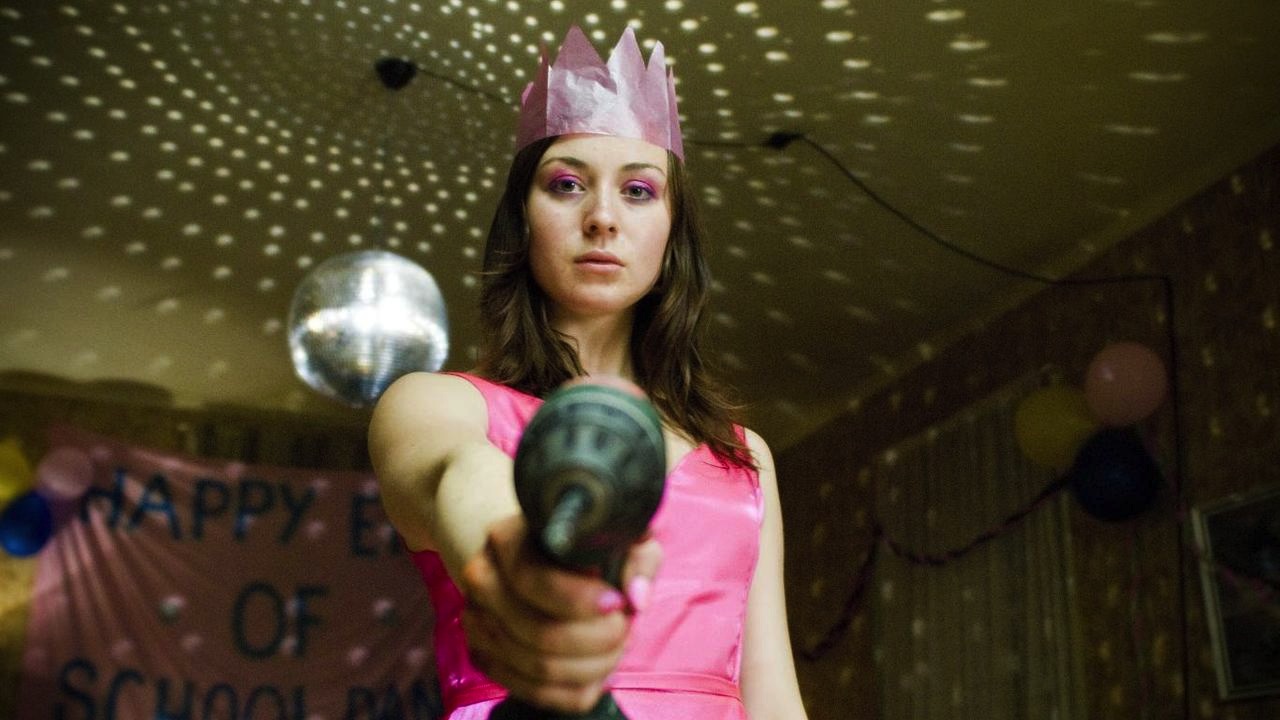 “While THE LOVED ONES is, as many others have declared, the best horror film to come out of Australia since 2005’s Wolf Creek, its manic, satisfying thrills couldn’t be further from that film’s cold brutality. It’s certainly nasty (a pack of emaciated cellar-dwelling torture victims with a taste for roadkill and human flesh makes even the bunch in Pascal Laugier’s Martyrs look meek), but always glibly so, which proves much more fun to watch.

“After rejecting an offer to attend a school dance with social outcast Lola (Robin McLeavy), mopey Hot Topic goth-stud Brent (Xavier Samuel) is soon enough drugged and bound and brought before his jilted would-be lover for her rather imaginative idea of a first date, which is of course a primal fear for attractive popular kids everywhere. Brent, tied to a dining room chair by Lola’s almost absurdly creepy father (John Brumpton, because Tom Noonan was likely unavailable), is treated to an evening of increasingly outlandish abuse and torture, and we’re treated to a veritable feast of pop-art sounds and images, nearly every frame bursting with glitter balls and streamers and, of course, big bright swashes of blood. Lola herself, sporting a hot-pink cocktail number and a matching paper crown, looks the very picture of Lynch-like goodie-goodie terror, and when wielding a knife or power drill she’s in her own way about as menacing as horror villains come. If it’s standard slasher practice for the principle baddie to remain either faceless or detestable or both,THE LOVED ONES bucks the trend: its killer is the most charismatic character in the film.”