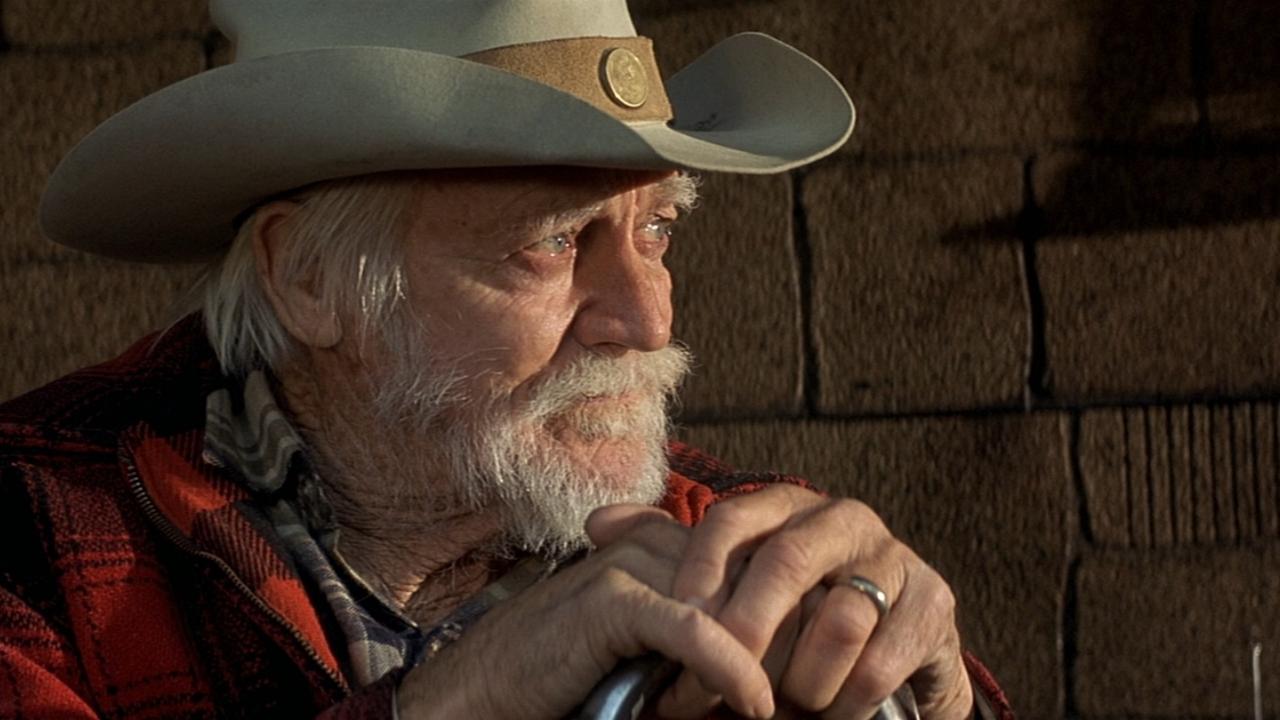 “In 1994 an elderly man named Alvin Straight undertook a long Midwestern journey riding on a lawnmower. It was an arduous feat, but not nearly as daunting as what David Lynch sets out to do in THE STRAIGHT STORY: make a slow-moving, folksy-looking, profoundly spiritual film that can hold an audience in absolute thrall. As the least likely filmmaker on the planet to pull off such a G-rated miracle, Lynch rises to this challenge with exhilarating vigor. Switching gears radically, bravely defying conventional wisdom about what it takes to excite moviegoers, Lynch presents the flip side of Blue Velvet and turns it into a supremely improbable triumph.

“Of course this film’s wholesome radiance and soothing natural beauty are distinctly at odds with the famously unwholesome Lynch imagination. The chasm between the ghoulish malevolence of the filmmaker’s previous Lost Highway and the decent, forthright tone of THE STRAIGHT STORY is almost too huge to fathom. But the same bellwether quality that left Blue Velvet looking so prescient, and ushered in a whole cinematic wave of taboo-shattering, is at work once again. When a born unnaturalist like Lynch can bring such interest and emotion to one man’s simple story, the realm of the ordinary starts looking like a new frontier.

“It helps that THE STRAIGHT STORY is as precise and technically adept as Lynch’s other work, and that its effects are achieved with the same exacting care. The classic opening images of Blue Velvet are echoed at this film’s start, as the camera takes in a seemingly ordinary house and lawn and Lynch uses sound, music and staging to build unnerving suspense. The house becomes eerily quiet and isolated until a sudden event introduces Alvin Straight, played without a trace of artifice by the veteran actor Richard Farnsworth.THE STRAIGHT STORY would not have been possible without Farnsworth’s terse, no-nonsense honesty at its heart.

“For a notion of just how far removed most American movies are from actual experience, consider the startling effect that Farnsworth has on screen. This actor, rancher and former stunt man, enough of a film veteran to have driven a chariot in The Ten Commandments, cuts a startling figure as an unabashedly old man. Unshaven, infirm, scraggly-haired and without makeup, he automatically frees the film from any sense of artifice and delivers an amazingly stalwart performance that will not soon be forgotten.” –New York Times

"When a born unnaturalist like Lynch can bring such interest and emotion to one man's simple story, the realm of the ordinary starts looking like a new frontier."