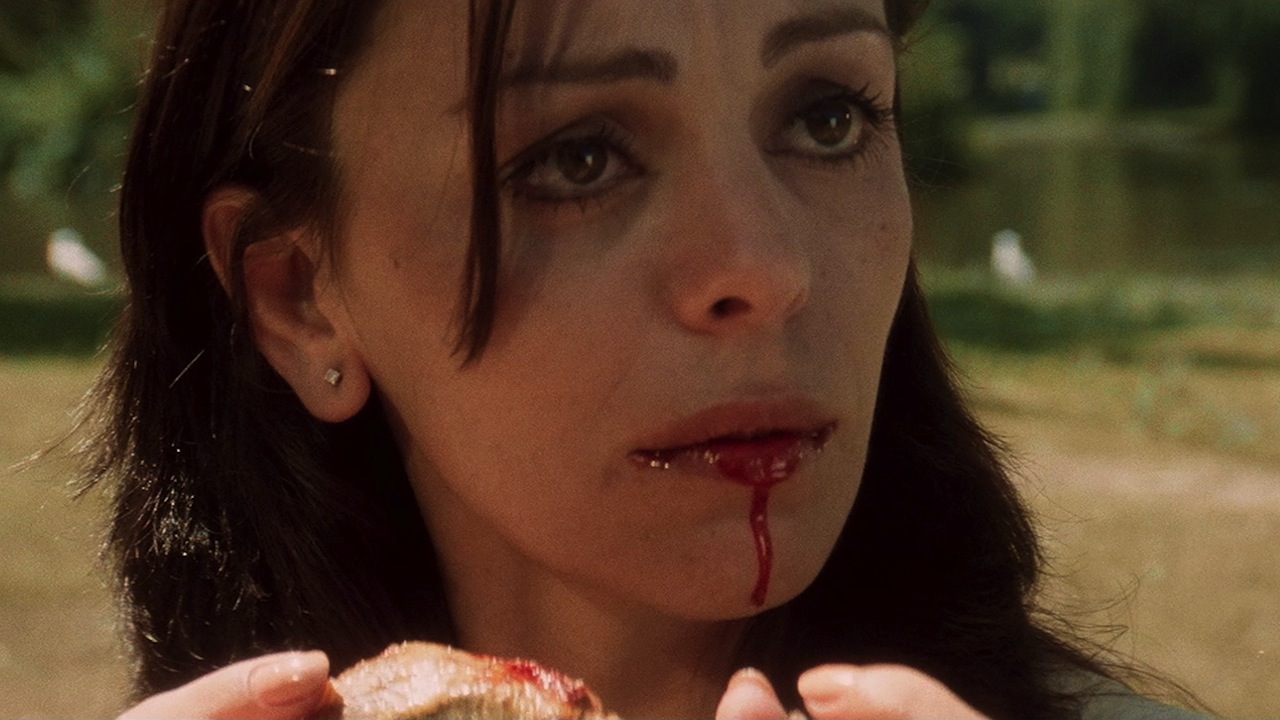 David Hemmings (BLOW-UP, DEEP RED) and Henry Silva (THE MANCHURIAN CANDIDATE) star as executives of an international blood-drinking cartel known as “The Brotherhood”. But when they abduct a descendant of Elizabeth Bathory to reboot her depraved legacy, she must escape before the corporation can expand their “human dairies” and create a vampire master race!

“This thinking man’s vampire tale mixes sci-fi, fantasy and gothic fiction into a heady cocktail. THIRST was director Rod Hardy’s first feature, but it feels like the work of a much more accomplished director able to easily overcome constraints of budget and resources. Forgoing a conventional narrative, the film’s rooted in the dreams and anxieties of its female protagonist, but the clinical setting and convincing cast keep it grounded.  In this respect, Hardy’s film shares similarities with Cronenberg’s RABID and THE BROOD.” (Kimberly Lindbergs, Filmstruck’s Streamline blog)

“A superb exercise in modern horror…THIRST is a lost classic just waiting to be discovered by a new generation of horror film fans.”