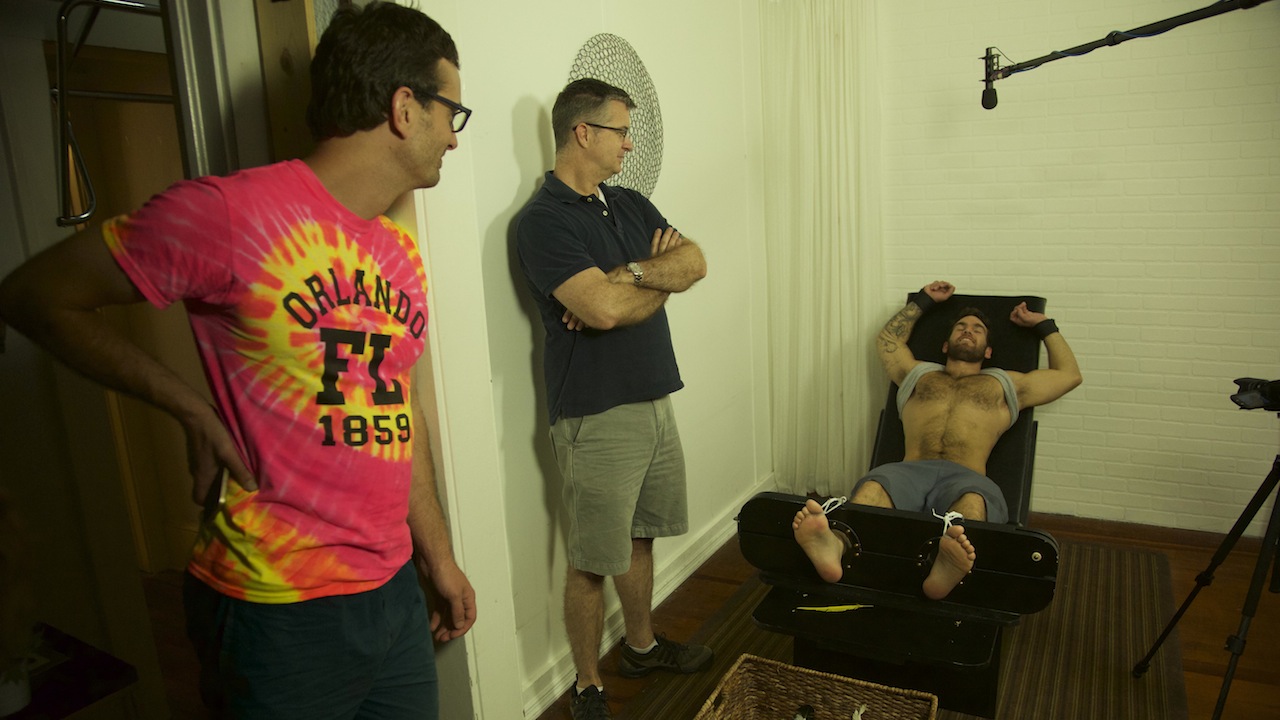 Here’s a selection from Dennis Harvey’s 2016 review in Variety:

“What sounds like a fun look at a particularly outre subculture turns out to be no laughing matter in “Tickled.” David Farrier and Dylan Reeve’s documentary traces the New Zealand duo’s investigation of an online tickling-video empire, behind which there lurks a monster of cyberbullying and litigiousness. An alarming cautionary tale about how easy it is in the Internet age to ruin people’s lives while hiding behind a cloak of anonymity, the pic boasts a humorously titillating entry hook that soon gives way to engrossing conspiracy-thriller-like content. It should attract healthy sales in various formats, particularly cable broadcast.

“Farrier is an Auckland-based TV and radio reporter/personality who’s “made a career looking at the weird and bizarre side of life.” He assumed he’d found just more amusingly offbeat grist for the mill when he stumbled upon an online video offering substantial cash and all-expenses trips to Los Angeles for young athletes willing to participate on camera in the “sport” of “Competitive Endurance Tickling.”

“Traveling to the U.S., they discover only one among a hundred or more former tickling-video participants is willing to talk to them. Others (many underage) are too afraid of reprisals like those the sole exception has already experienced: When TJ objected to footage being disseminated beyond what he’d agreed to, he found himself the victim of a viciously public harassment and slander campaign that seriously impaired his hopes of a pro football career.

“Eventually (amid an unending barrage of legal threats), the trail leads to a single, shadowy apparent perp with the inherited wealth to sustain this fetish habit on an international scale — and the maliciousness to deploy blackmail, false identities and more in protecting it. “Tickled” becomes a frightening illustration of how one bully with deep pockets and a mean streak can largely evade punishment, even detection, while wreaking havoc with far-less-privileged others.”

Screening as part of Stranger Than Fiction Winter 2017