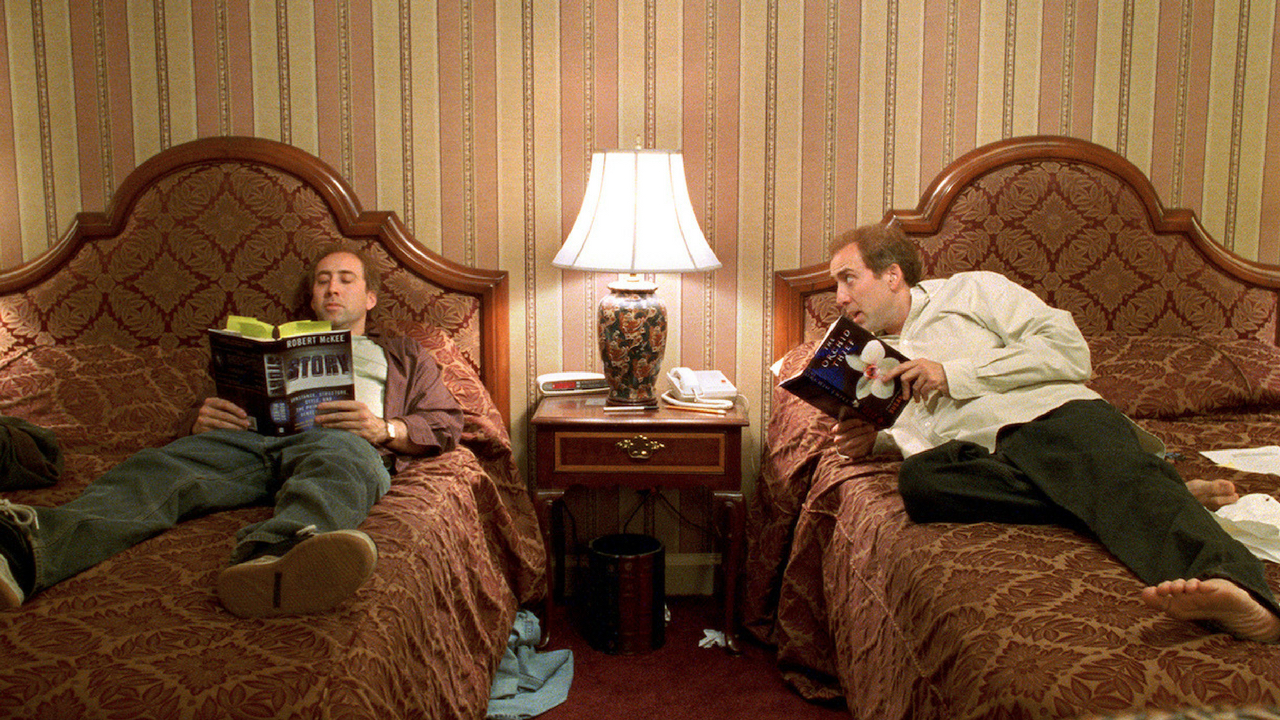 “More than once in the week after I saw ”Adaptation,” I found myself suddenly awake in the middle of the night, pulse racing, fretting over the movie’s intricate, fascinating themes. Since quite a few of the films I see have a decidedly soporific effect, those bouts of insomnia might in themselves be sufficient grounds for recommending this one. But my sleeplessness was edged with panic; it seemed to mirror the frantic anxiety that the hero of ”Adaptation,” a screenwriter named Charlie Kaufman, suffers as he struggles to complete a script based on ”The Orchid Thief” by Susan Orlean, a writer for The New Yorker.

According to the credits, someone named Charlie Kaufman did indeed write — or at least helped to write — the screenplay for ”Adaptation,” which indeed is billed as based on ”The Orchid Thief,” the true story of a renegade horticulturalist, John Laroche. The encounters between Mr. Laroche and Ms. Orlean frame the book’s excursions into Darwinian theory, Florida ecology and the history of orchid collecting. Many of these elements, by the way, are faithfully reconstructed in the movie. Mr. Kaufman’s flailing attempts to honor the nuances and implications of Ms. Orlean’s dense, elusive, intellectual mystery story are interwoven with a retelling of that story, until finally the two plots collide, overlap and blow each other to smithereens (along with the viewer’s mind).

But all of this is much too straightforward. Yes, ”Adaptation” is, most obviously, a movie about itself, as gleefully self-referential an exercise in auto-deconstruction as you could wish. But it is also, more deeply, a movie about its own nonexistence — a narrative that confronts both the impossibility and the desperate necessity of storytelling, and that short-circuits our expectations of coherence, plausibility and fidelity to lived reality even as it satisfies them. Common sense suggests that there could never be such a movie, but if there could, it would have to be one of the slipperiest, most fascinating and, by any sane reckoning, best movies of the year.” – A.O. Scott, The New York Times (2002)