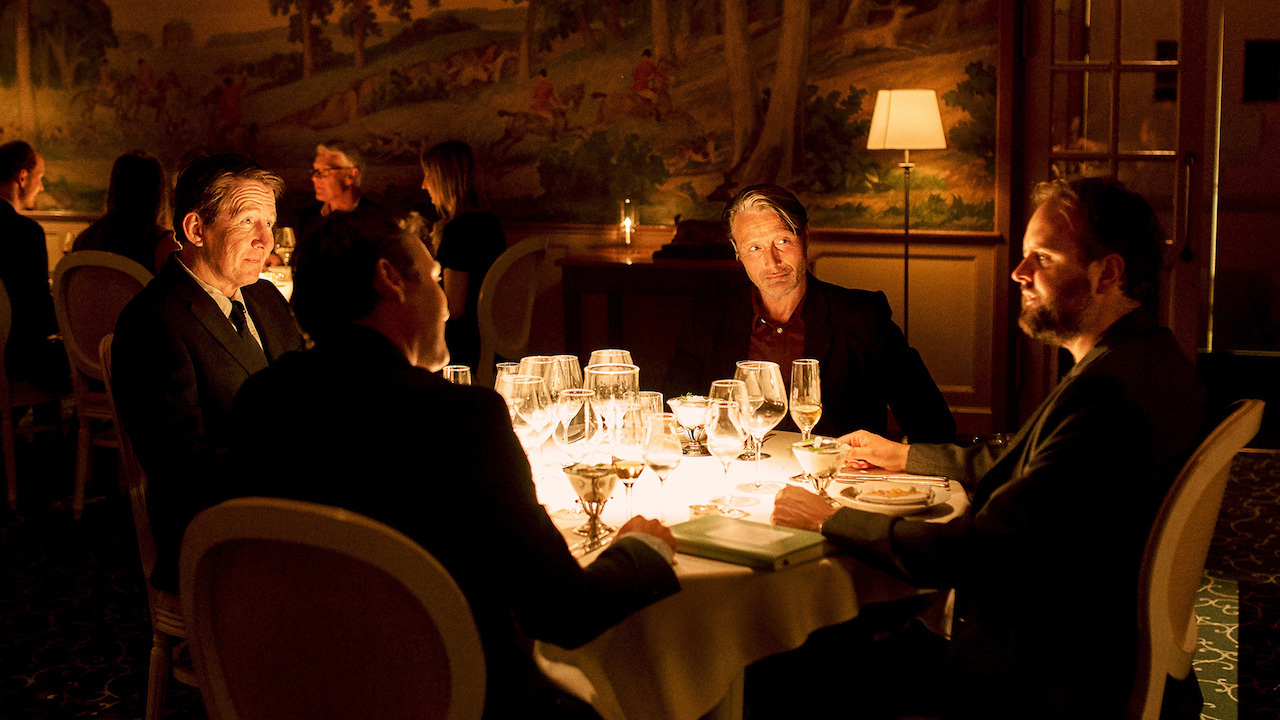 Four friends, all teachers at various stages of middle age, are stuck in a rut. Unable to share their passions either at school or at home, they embark on an audacious experiment from an obscure philosopher: to see if a constant level of alcohol in their blood will help them find greater freedom and happiness. At first they each find a new- found zest, but as the gang pushes their experiment further, issues that have been simmering for years come to a head and the men are faced with a choice: reckon with their behavior or continue on the same course.

Underscored by delicate and affecting camerawork, director Thomas Vinterberg’s spry script, co-written with regular collaborator Tobias Lindholm, uses this bold premise to explore the euphoria and pain of an unbridled life. Playing a once brilliant but now world-weary shell of a man, the ever surprising Mads Mikkelsen delivers a fierce and touching performance.

All screenings of ANOTHER ROUND feature an exclusive video introduction from filmmaker Thomas Vinterberg, recorded to welcome back audiences to IFC Center for our reopening. Watch a compilation of highlights from all the filmmaker intros we received here.