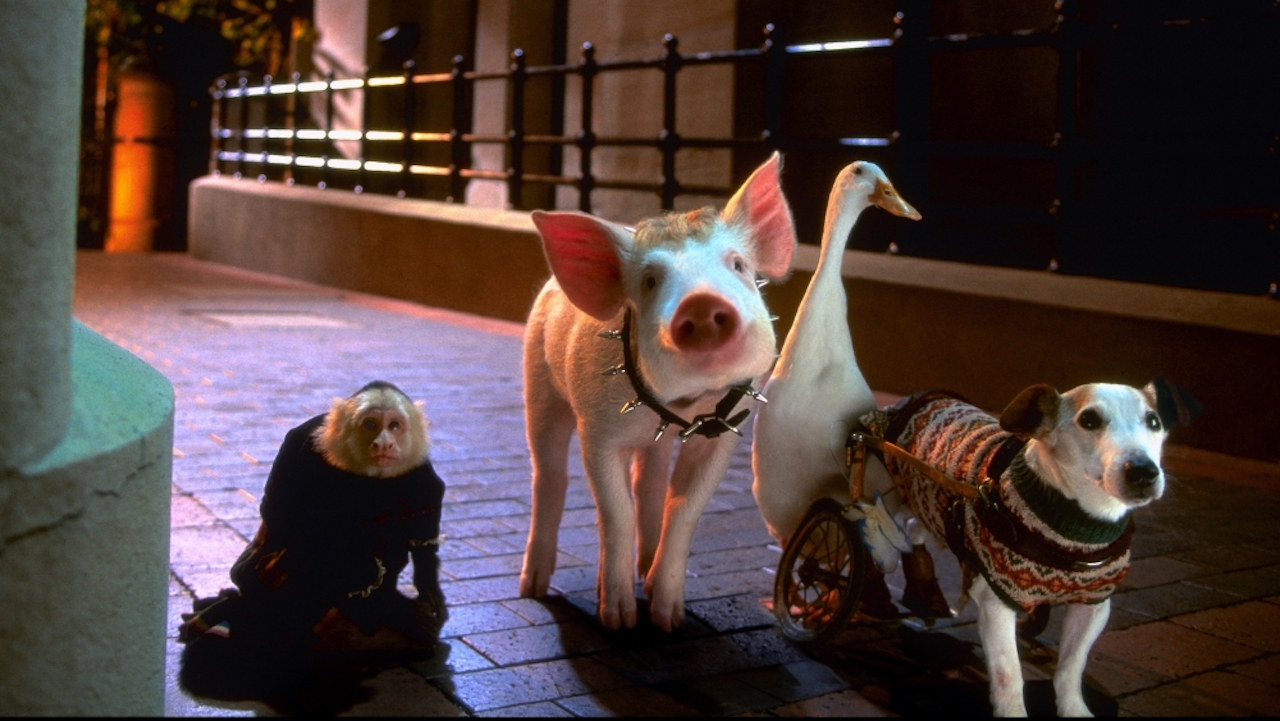 Babe: Pig in the City

“The first hazard for the returning hero is fame.

So we are assured by the narrator with the opening line of “Babe: Pig in the City.” And what is true of heroes is even more true of sequels. The original “Babe” was an astonishment, an unheralded family movie from Australia that was embraced and loved and nominated for an Oscar as best picture. Can the sequel possibly live up to it? It can, and does, and in many ways is more magical than the original. “Babe” (1995) was a film in which everything led up to the big sheepherding contest, in which a pig that worked like a dog turned out to be the best sheep-pig of them all. “Babe: Pig in the City” is not so plot-bound, although it has the required assortment of villains, chases and close calls. It is more of a wonderment, lolling in its enchanting images–original, delightful and funny.” – Roger Ebert