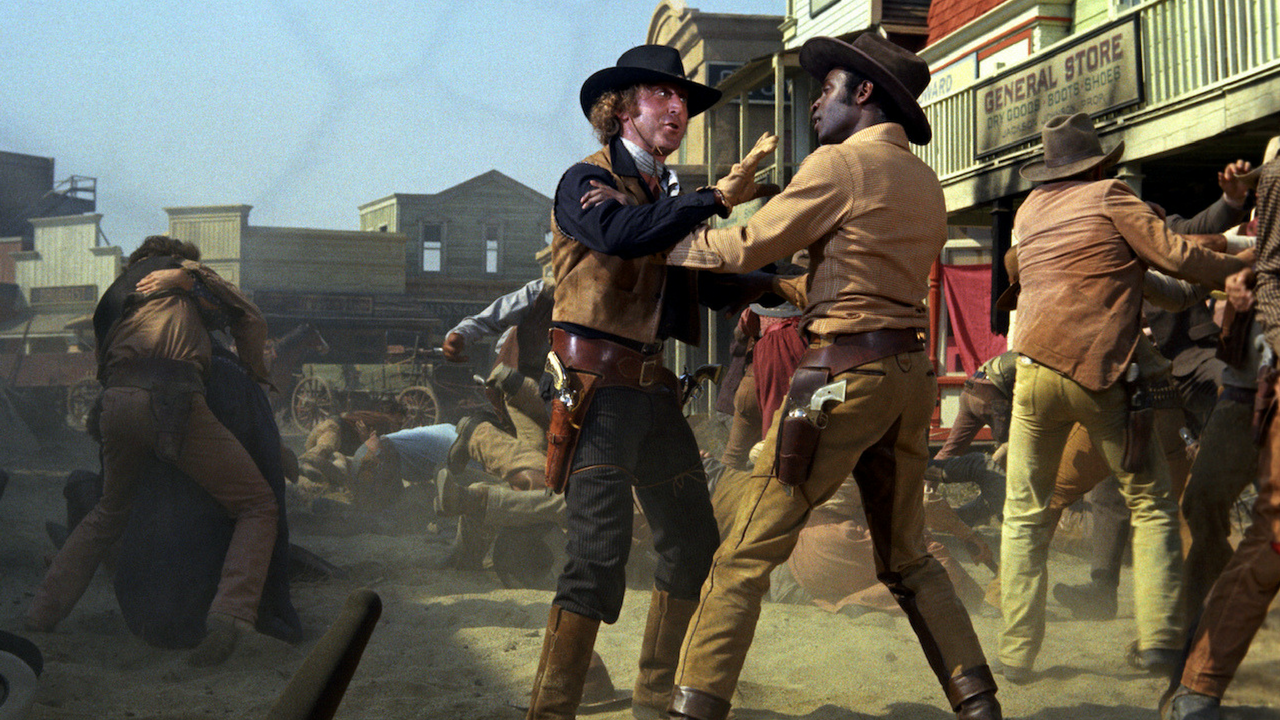 “A crazed grabbag of a movie that does everything to keep us laughing except hit us over the head with a rubber chicken. Mostly, it succeeds. It’s an audience picture; it doesn’t have a lot of classy polish and its structure is a total mess. But of course! What does that matter while Alex Karris is knocking a horse cold with a right cross to the jaw?

“The movie is, among other things, a comedy Western. The story line, which is pretty shaky, involves some shady land speculators who need to run a railroad through Ridge Rock, and decide to drive the residents out. The last thing they want there is law and order, and so the crooks send in a black sheriff (Cleavon Little), figuring the townspeople will revolt.

“Well, they almost do, but the sheriff (Black Bart is his name, of course) wins them over, and signs up a drunken sharpshooter (Gene Wilder) as his deputy. Meanwhile … but what am I saying, meanwhile? Meanwhile, six dozen other things happen. The townspeople decide to stay and make a stand, even though, as the preacher intones, “Our women have been stampeded and our cattle raped.” Bart rejects the advances of a man-killing woman who has been sicced on him (Madeline Kahn as Marlene Dietrich — Lili von Shtupp), and the people build a dummy town and lure the bad guys into it.” – Roger Ebert