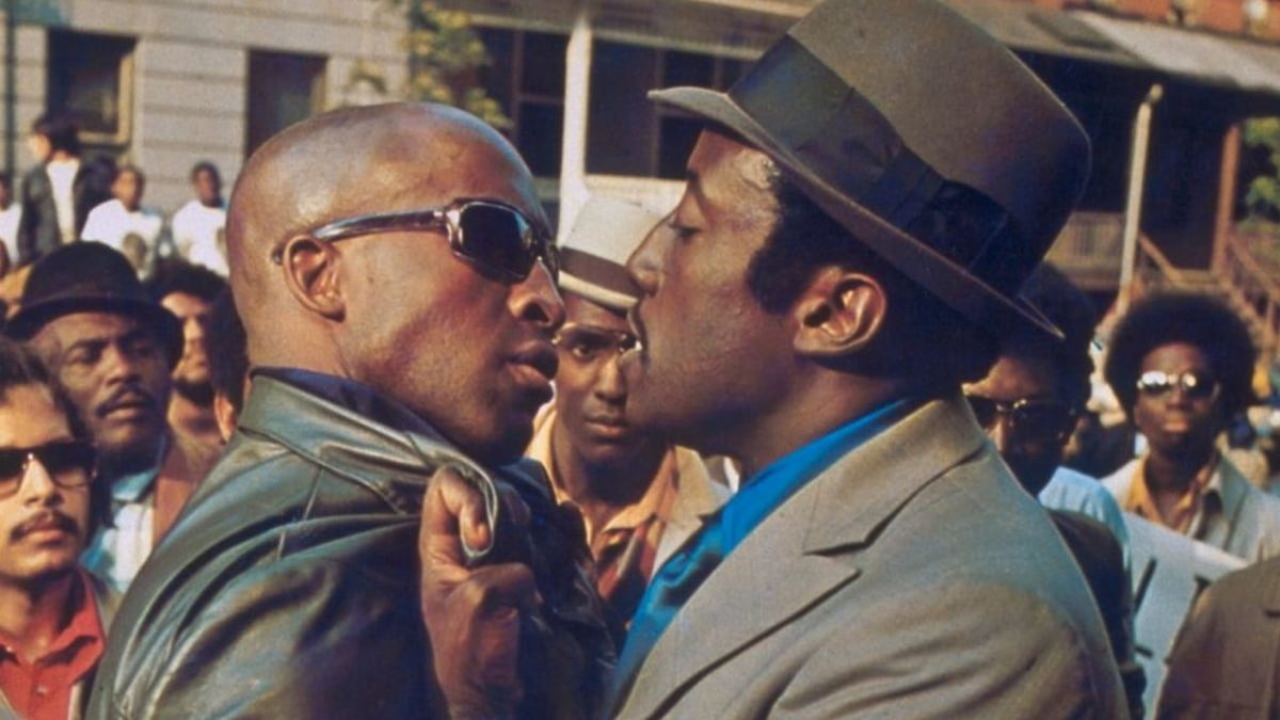 Ossie Davis makes his directorial debut a smashing success in the trend-setting action crime comedy Cotton Comes To Harlem. Coffin Ed (Raymond St. Jacques) and Grave Digger Jones (Godfrey Cambridge), two plainclothesmen on the Harlem detail, are assigned to investigate the goings-on of suspicious local preacher Deke O’Malley (Calvin Lockhart), whose “Back to Africa” political movement turns out to be a scam to bilk the community of their hard-earned cash, with the scam-money hidden in a bale of cotton.