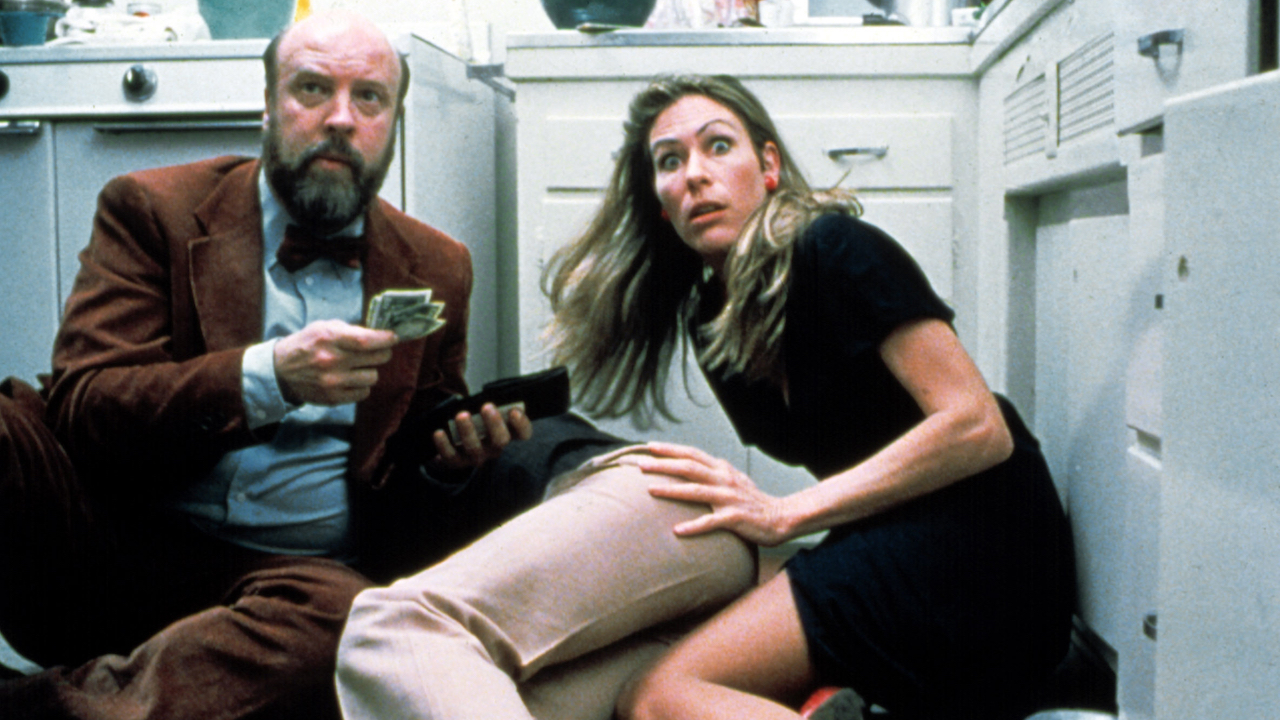 Paul and Mary Bland live in a building full of swingers, but they both find sex thoroughly repulsive. Until, of course, they come up with an absurdly diabolical scheme to profit off it! Gay director and star Paul Bartel’s 1982 cult camp classic shares a subversive sensibility with tonight’s presenter, Linda Simpson (hilarious hostess, bingo queen, and drag herstorian). Linda writes, “I love that the film is so politically incorrect, but in such a ridiculous manner that it’s impossible to be offended. Mary Woronov is hilarious and sexy, which is the type of drag queen I’ve always aspired to be.”

Linda Simpson on EATING RAOUL:
“I can’t remember exactly when I first saw EATING RAOUL, but I immediately recognized it as sharing my own subversive sensibility. Although it isn’t a gay movie per se, the director and co-star, Paul Bartel, was gay, and the movie’s humor is pure camp as it skewers the straight swingers scene in 1980s Los Angeles. Mary Woronov, who portrays Bartel’s wife, is hilarious and sexy, which is the type of drag queen I’ve always aspired to be. I also love that the film is so politically incorrect, but in such a ridiculous manner that it’s impossible to be offended. And the apartment at the center of the action with its delightful midcentury decor is to die for!”