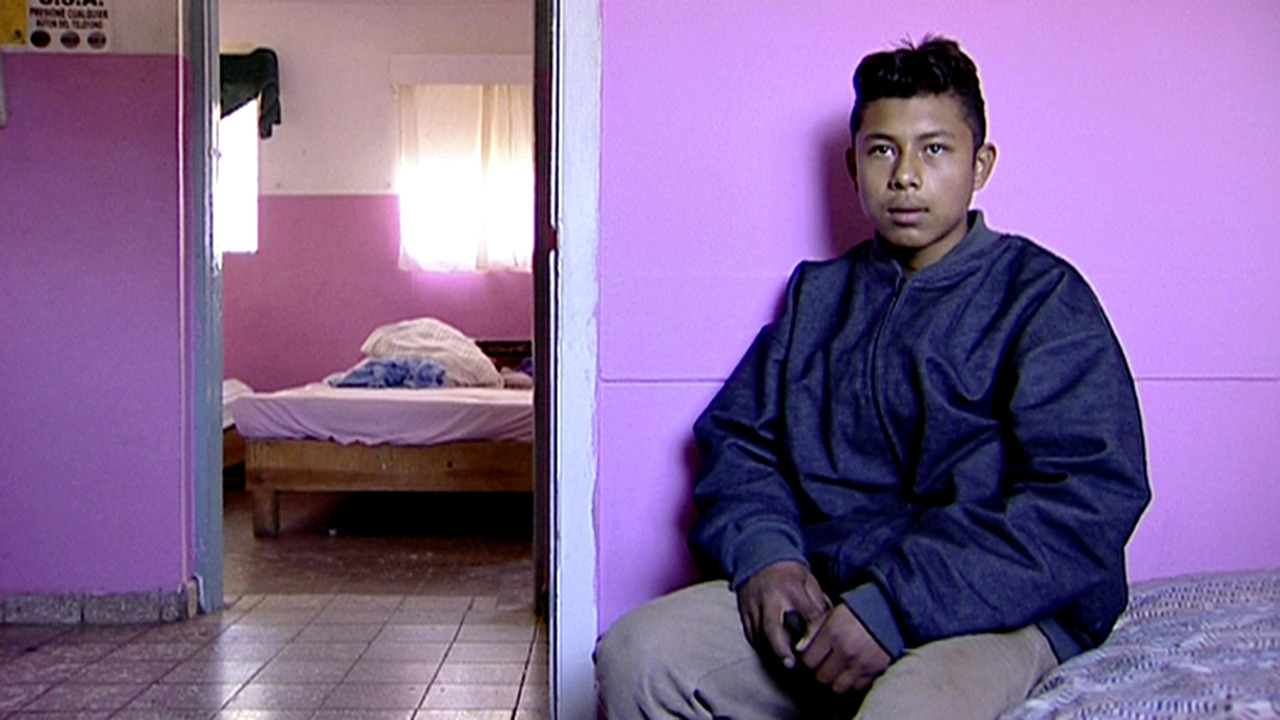 From the Other Side

“Toward the end of Chantal Akerman’s powerful new documentary, FROM THE OTHER SIDE – shot along the Arizona-Mexico border — a compassionate and thoughtful American sheriff is interviewed. He says some people think that if Mexicans trying to cross the border illegally are forced out of the cities and into ‘more hostile environments’ such as the Arizona desert, they’ll give up and go home. What often happens instead, he says, is that they die in the desert — suggesting that it isn’t the only hostile environment they have to contend with.

“…In FROM THE OTHER SIDE we hear Akerman interviewing Mexicans in Spanish and Americans in English. Here her interest in her subject goes well beyond sympathetic tourism. The final sequence, shot from the front of a car traveling down a freeway at night, features her own beautiful and moving monologue, spoken in French, in which she speculates about the fate of an interviewee’s mother, who disappeared after crossing the border into the U.S. We never see this woman, and she isn’t mentioned before this monologue, so we wind up imagining her as we would a character in a short story. Akerman traces some of her jobs and finds oblique references to her in the stray comments of other people, following the woman’s elusive trajectory as if she were a ghost fading into the anonymity of the hypnotic superhighway. This character’s fugitive and semifictional existence, which flits in and out of our consciousness before vanishing, provides a heartbreaking summation of all the hard facts about her and other Mexican migrants we’ve been absorbing over the previous 90 minutes. This is sensitive portraiture and investigative journalism, maintaining a respectful, inquisitive distance from its subjects that recalls some of Walker Evans’s photographs of Alabama sharecroppers in his book with James Agee, Let Us Now Praise Famous Men. In a way, Akerman’s powerful monologue serves as a counterpart to Agee’s impassioned and empathetic prose.

“Akerman begins the film by interviewing a 21-year-old Mexican on the Mexican side of the border about his older brother; he tried to cross to the U.S. with a group, and all of them eventually perished in the desert. Next she focuses on portions of the border itself — a wide, dusty road, a field where three kids play baseball, and another road flanked by a high wall. Then she interviews Delfina, a woman in her late 70s, about her family, including the son and grandson she lost when they tried to cross the border. Her husband less stoically bemoans their loss. Akerman then turns back to the various landscapes along the border. Only much later in the film does she finally get around to people and places on the American side — spending time in a restaurant, then talking to a rancher and his wife, who express fears about Mexicans ‘taking over and doing a lot of damage’ by, for instance, carrying diseases. We hear Akerman ask them if September 11 has changed things. The wife says, “It makes us realize life is short.” Her husband responds by saying he considers anyone who comes onto his property a trespasser, and the warning sign doesn’t have to be in Spanish either. ‘This is America,’ he concludes.

“The cumulative impact of the eventless shots of the border wall that appear periodically over the course of the film is striking. In themselves the shots are fairly nondescript and uninteresting, but the more we accept the wall as part of the everyday surroundings, the more disquieting and menacing it becomes. This is especially true after we see lights on it at night and helicopters with searchlights moving along it, giving the settings some of the ambience of a lunar landscape. And we can’t shake that impression when we see illegal aliens being tracked from the vantage point of a plane in the daytime. The wall that appeared to be a neutral dividing line at the beginning of the film seems more and more like a scar once we see the kinds of pain and anguish it causes. And as Akerman’s title suggests, which side of the border we’re viewing it from can make all the difference.” -Jonathan Rosenbaum