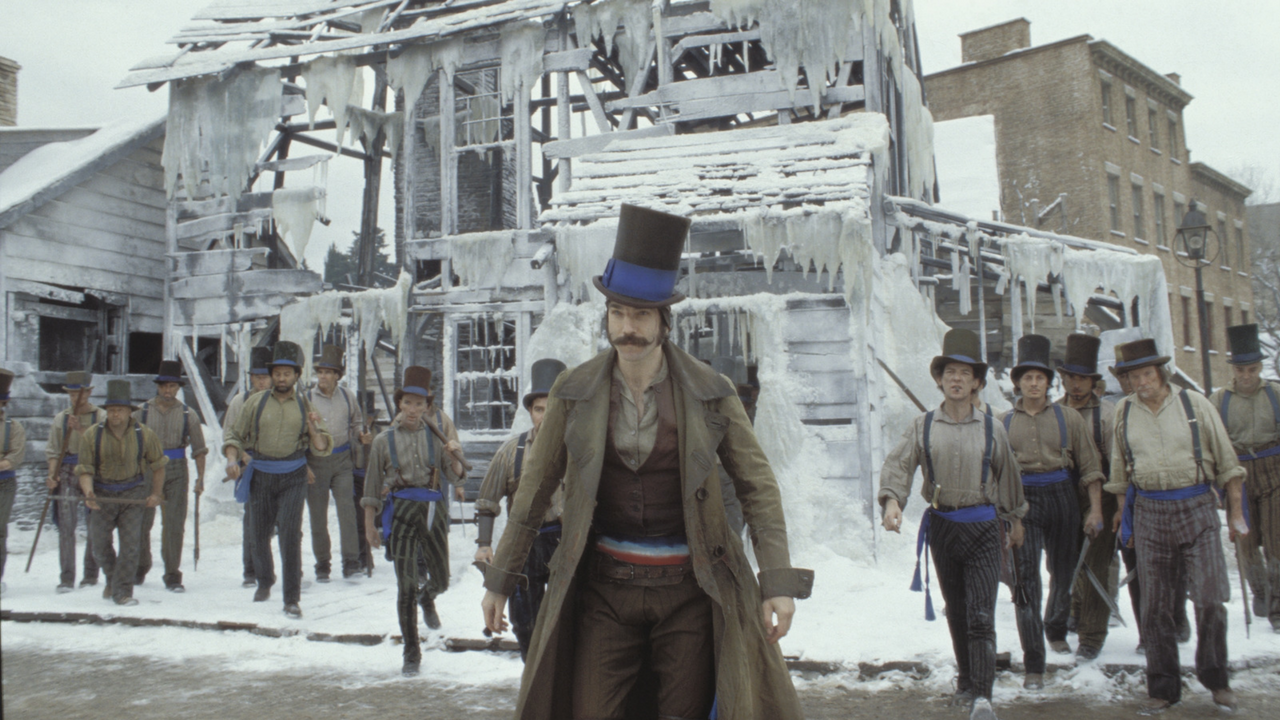 “Here is a historical epic that fudges a few facts, tacks on a pandering love story and trips on its own grand ambitions. And yet here is a film that I give the highest rating. Nuts? I don’t think so. Gangs of New York is something better than perfect: It’s thrillingly alive. Martin Scorsese blows the cobwebs off Herbert Asbury’s 1928 book and makes us see ourselves in the immigrant tribes who fought with knives, picks, axes and shovels to carve out a piece of turf on the mean streets of New York in the mid-nineteenth century.

This is the film Scorsese has been aching to direct for three decades. The sometimes crude script by Jay Cocks, Kenneth Lonergan and Steven Zaillian is mere structure. This movie you feel in your bones. From the opening scene — Irish gang leader Priest Vallon (a superb Liam Neeson) scraping his beard with a razor — Scorsese goes for the jugular. When Priest cuts himself, his young son wipes the blood off the blade. “Never,” says the father, “leave the blood on.”

For 168 minutes, Scorsese leaves the blood on his film’s slashing blade. Priest leads his gang, the Dead Rabbits, out of a dark tunnel and onto the hushed, snowy streets of Manhattan’s Five Points, an area the Old West couldn’t beat for anarchy. You have to blink in the light to see Bill the Butcher (Daniel Day-Lewis), the leader of the Nativists. This killer with one glass eye is out to crush these pope-loving Irish invaders.

In a film of bold acting choices, Day-Lewis is a colossus. Whether Bill strolls the streets like a dandy in a stovepipe hat or wraps his naked body in an American flag to tell Amsterdam that “civilization is crumbling,” Day-Lewis sets the screen ablaze. It’s a performance of seductive wit and animal ferocity. Acting doesn’t get better than this.I sense a rage in you,” Bill tells Amsterdam. That we don’t (DiCaprio seems oddly constricted in his later scenes) takes the heat off their final face-off. It’s a minor setback. Scorsese stages the climax against the 1863 draft riots that turned New York into a battleground of feuding factions: poor against rich, white against black, gang against gang.” – Peter Travers, Rolling Stone (2002)