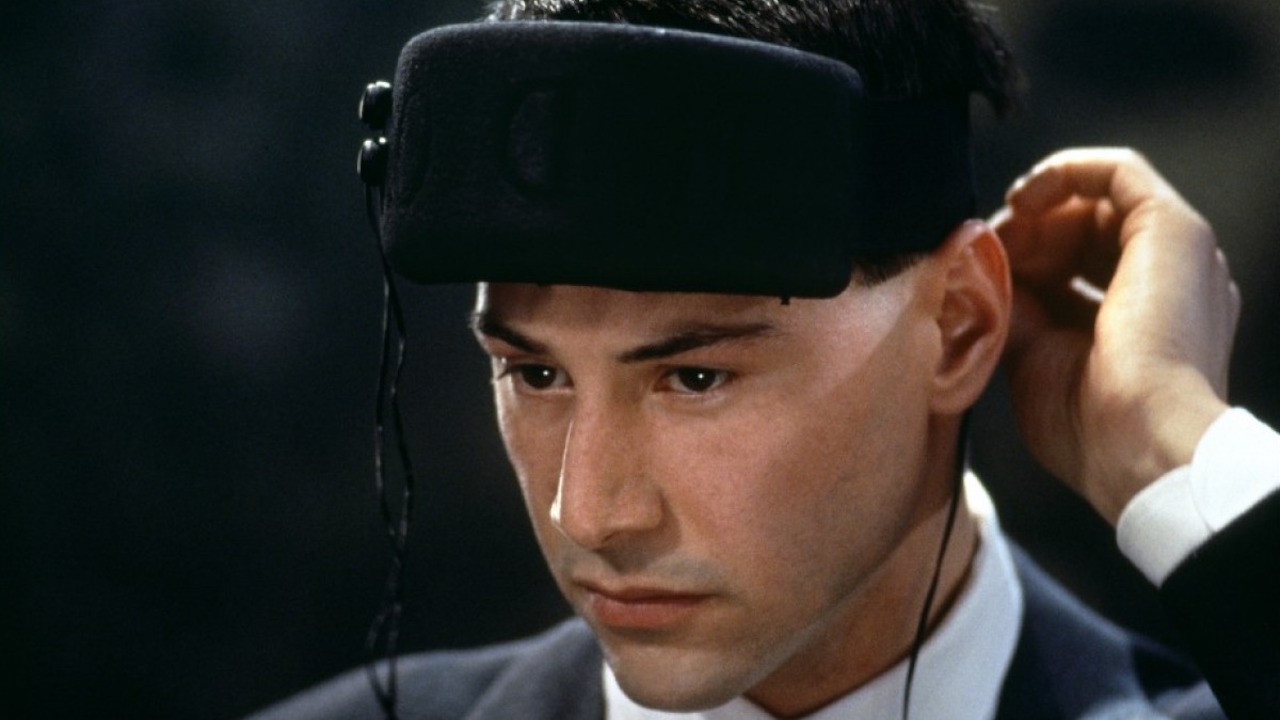 “In JOHNNY MNEMONIC, Keanu Reeves wears a clean-cut science-fiction hairdo (sculpted part, shorn sideburns) that brings out the finely chiseled blankness of his features. He looks like a futuristic G.I. Joe, and damned if he doesn’t have all the personality of G.I. Joe. Reeves plays a ”mnemonic courier,” a freelance human data carrier who has had a computer chip implanted in his brain. Early on, he receives a massive injection of information, more than twice the amount he’s equipped to carry; he spends the rest of the film skulking around with his lobes jammed to capacity, all the while evading the Japanese mobsters who quite literally want his head. The very notion of Keanu Reeves suffering from cerebral overload sounds like some sort of bad joke (though one the film itself doesn’t appear to be in on)… The trouble isn’t that Reeves talks like a surfer dude; it’s that he tries so hard not to talk like a surfer dude. He lowers his voice by an octave for that requisite macho effect, and he delivers almost every line with an intense, misplaced urgency, as if he were a grade-school kid imitating his favorite TV cop. JOHNNY MNEMONIC, a slack and derivative future-shock thriller (it’s basically Blade Runner with tackier sets), offers the embarrassing spectacle of Keanu Reeves working overtime to convince you that he has too much on his mind.” – Entertainment Weekly (1995)