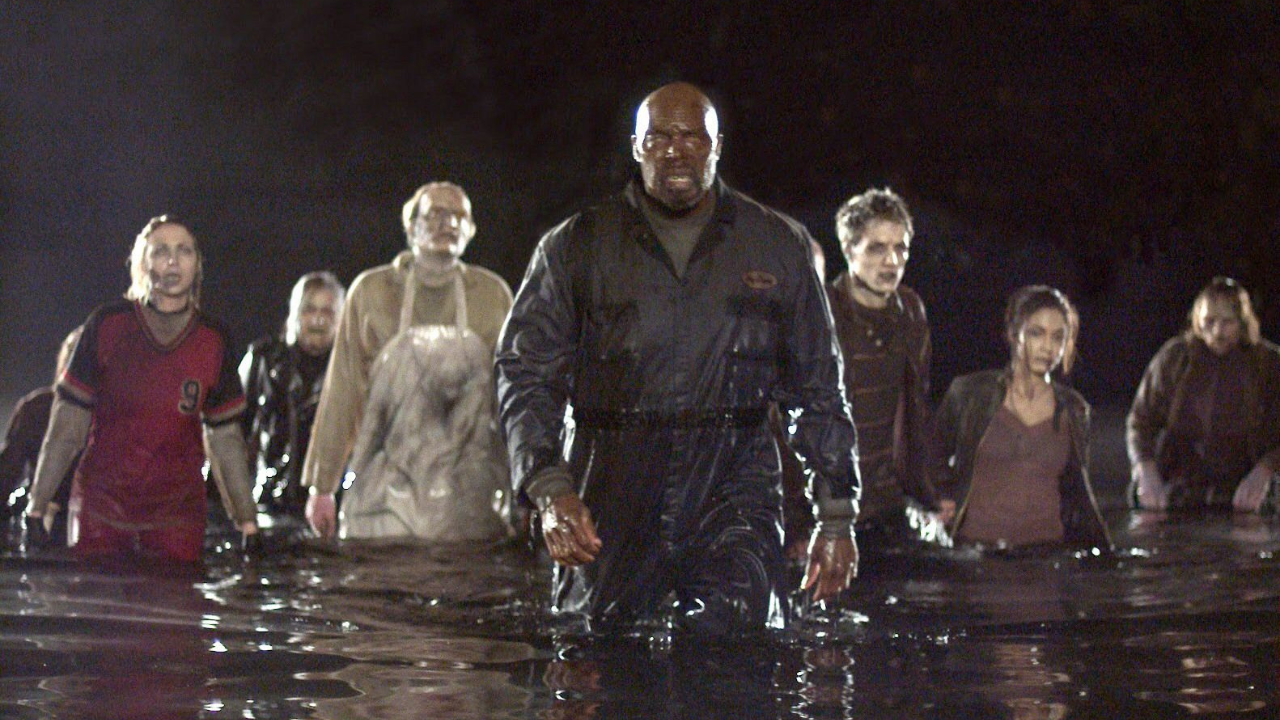 Land of the Dead

“Respect for the dead isn’t a concept that gets much of an airing in horror movies. Victims of violence are swiftly forgotten, while undead monsters hardly inspire sympathy – unless you’re a Romero ‘walker’, that is, in which case you may well have as much going for you as the chump whose jugular you’ve just torn out. Romero’s fourth ‘Dead’ movie comes even closer than its predecessors to offering a plea for zombie rights – a plea whose satirical application stretches from America’s underclass to the Iraqi insurgency. But while its subtext remains intriguing, plotwise ‘Land’ is the closest Romero’s cycle has come to a conventional genre outing, less survivalist screed than mission movie.The earth has been overrun by the cannibalistic living dead, with humans restricted to areas such as the city sector run by Dennis Hopper’s scenery-munching oligarch. Comprising a luxury skyscraper for the haves and slums and vice dens for the have-nots, it’s kept stocked by raiding parties led by stoic, heroic Riley (Simon Baker) and his souped-up tank-car. When bitterly aspirational raider Cholo (John Leguizamo) absconds in the tank, Riley and a clutch of sidekicks are dispatched to recover it. On the action front, ‘Land’ exploits the (tired) tropes of John Carpenter’s ’70s output more successfully than Carpenter’s own recent efforts, and the gore quotient is as high as a US ‘R’ certificate will allow. But the film’s most potent moments come with the walkers’ mobilisation as a figurative guilty conscience, advancing on the citadel of plenty like an army of blank-eyed Banquos. The correlation with America’s left-behind was obvious even before Hurricane Katrina, but now the sight of bedraggled hordes emerging from the water to a blasted city and an indifferent elite is more striking than ever.” – Time Out (London)